MANILA, Philippines — The Philippines as a country has been through so much: natural disasters, political unrest, poverty, and now a pandemic.

Add to this, each Filipino is facing his or her own problem, which makes looking for the silver lining that much harder. However, Filipinos are also known for being resilient, managing to smile even after facing crippling challenges.

And there are Filipinos who think that resilience is not enough, wishing that some form of effort can be done to help those who are in need. When looking at the bigger picture, optimism without action can only get you so far. But optimism when used to create positive changes through tangible actions can affect the lives of others and create brighter futures.

Take for example survivors of natural disasters who recover what was taken from them or destroyed by floods and quakes. They rebuild their homes, till the lands, replant their lost crops, and rebuild their communities. This is the power of optimism in action.

Through optimism in action, Filipinas Arizza Nocum, Candy Pangilinan, and Brina Maxino have championed their own causes instead of succumbing to personal challenges. Now, they are making a change for others, leading them into a future that they can eventually smile about. Here are their stories.

Following the harmonious example set before her by her parents’ marriage despite their religious differences, Arizza Nocum puts her optimism in action by promoting peace and tolerance in communities around the country.

Raised by a Catholic father from Zamboanga and a Muslim mother from Sulu, Arizza Nocum, early on, had to overcome certain prejudices. “As a Muslim Filipino, you’re often discriminated against and seen as ‘different’ especially when you live in areas with a Catholic majority,” she shared.

Apart from this, she also witnessed feelings of hostility between Muslims and Christians due to ongoing conflicts and terrorism.

“Despite these realities, I’ve always believed in the possibility of peace because of my parents’ union. They chose to love each other and start a family, taught their children both religions, and gave them the freedom to choose—it was revolutionary!” she enthused.

And so, together with her parents, she founded Kristiyano-Islam Peace (KRIS), a non-profit organization that promotes peace through education, in 2008.

They built peace libraries in conflict areas and in areas where there are both Muslim and Catholic communities. It also has a scholarship program, particularly to former child soldiers recruited by extremist groups. As of today, the program has provided 400 scholarship grants to students from preschool to university.

But then the pandemic happened. Any and all plans, including conducting training programs for at least 500 peacebuilders had to be done online, which presented new challenges for the organization such as internet connectivity issues and webinar fatigue.

Presently, Nocum started a project called Edulkaw to provide tablets to high school and senior high school students in need. Since the opening of classes in October, the project has provided dozens of tablets to students thanks to the donations of generous individuals.

“In the face of adversity and challenges, I smile strong because hope and courage can always prevail over fear and apathy,” she said.

There is a lot of stigma when it comes to being a single parent, especially to a child with special needs, but Candy Pangilinan overcame those stigmas by putting her optimism into action.

Actress Candy Pangilinan gave life to many roles in movies and television. Today, she is living the role of a mother to a 16-year-old child with special needs. Quentin has Attention-Deficit/Hyperactivity Disorder (ADHD) and is under the Autism spectrum.

“My challenge as a single mom is to both provide and nurture Quentin, meaning helping him to be independent, functional but also loved and accepted,” she said.

She also has to juggle her time for Quentin and for work. As if this is not challenging enough, Pangilinan has to overcome stigmas associated with being a single mother and children with disabilities.

“People automatically see you a notch lower because you’re a single mother. Add to this, when they see your child and how they talk and act, the notch becomes lower,” she said.

But all these became “stepping stones” that aided the actress and mother to move on and move forward—a true act of optimism.

“I saw these as motivators to work doubly hard for my son. I needed to earn to pay for his therapies because therapy for children with neurological disorders is expensive. . . I used my strength, talents, skills, and a lot of faith and prayers to pare down our weakness,” she recalled.

Her experiences led her to write Mommy Dear: Our special love, a book that shares her journey in the hope of inspiring her fellow single mothers and mothers to children with special needs.

“I wanted to empower them and let them know that they are not alone,” she said, most today when they are all affected by the pandemic.

While the current situation allowed her to spend more time with Quentin, it, unfortunately, challenged their family’s finances as many of her previous projects were canceled.

Despite the hardships she continued to face, Pangilinan remained optimistic instead of complaining.

“It’s important to always see the good in everything, to look forward to a better tomorrow. It’s truly a waste of time to focus on the negative. Be grateful and focus on what we have, and what we can do,” she explained.

Going beyond what was expected 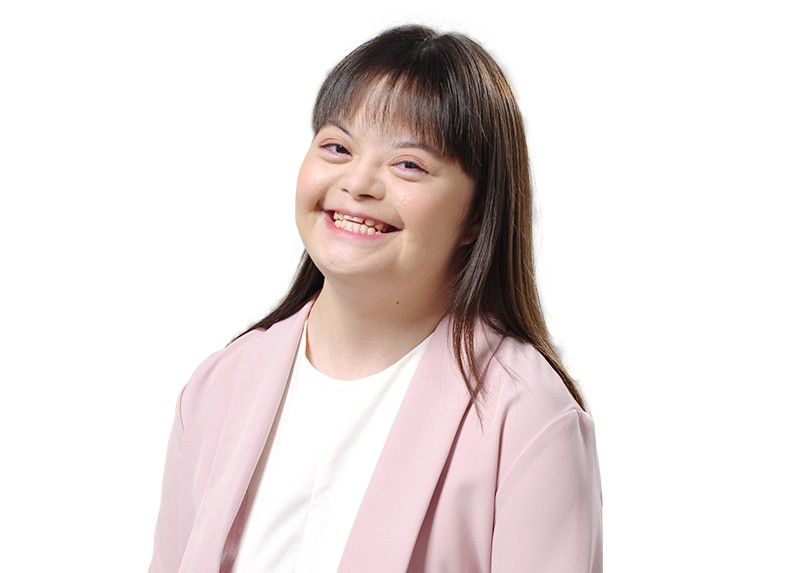 Despite being diagnosed with Down Syndrom as a child, Brina Maxino didn’t let this get her down. Instead, she put her optimism into action and accomplished more than what was expected of her.

Like Quentin, Brina Kei Maxino also grew up as a child with special needs. She has Down Syndrome.

She proved both the doctor and psychologist wrong. She was able to graduate high school when she was 16 as the class valedictorian. She also finished college at the appropriate age of 20, with a degree in AB History, as well as several special skills courses.

When faced with tough situations, optimism in action can boost one’s self-esteem into believing in their own skills. It can also motivate people into doing extraordinary things, even exceeding what was expected of them.

“I experienced bullying and discrimination from other kids in school because of how I look and because I was very slow. I did physical, occupational and speech therapies and tutorials year-round to help me keep up with other kids. I had to work twice as hard,” she shared.

Now at 24, Maxino is a pre-school assistant teacher and a Special Olympics global youth ambassador.

After going through so much and exceeding what was expected of her, Maxino is able to stay positive.

“I think it is important to be positive because that makes you see life as beautiful and worth living. We need to believe that God makes things happen for a reason. He will not give us challenges that we cannot handle. That is how He teaches us to be strong. That is why we are able to achieve things,” she says.

“In my case, my achievements have given me the opportunity to share my story with others. If my story can push my advocacy to create awareness and promote inclusion for people with intellectual disabilities like me, then that surely pushes me to ‘smile strong.’”

Every Filipino has gone through tremendous and arduous experiences, some heightened by the ongoing COVID-19 pandemic and the calamities caused by major typhoons. But by taking action, no matter how steep the climb is, many have overcome their struggles.

Nocum, Panganiban, and Maxino are prime examples of how putting their optimism to work can spark changes needed in today’s society, thereby creating a future that everyone can smile strong about.

Colgate recently launched their newest campaign, #SmileStrong, which aims to champion “optimism in action” through the actions made by special individuals. Optimism in action means putting an effort in enacting positive change while tackling issues and challenges with a strong smile. By doing so, it creates a brighter future for others.

To know more about Colgate’s #SmileStrong campaign and their three muses, visit www.facebook.com/ColgatePhilippines.