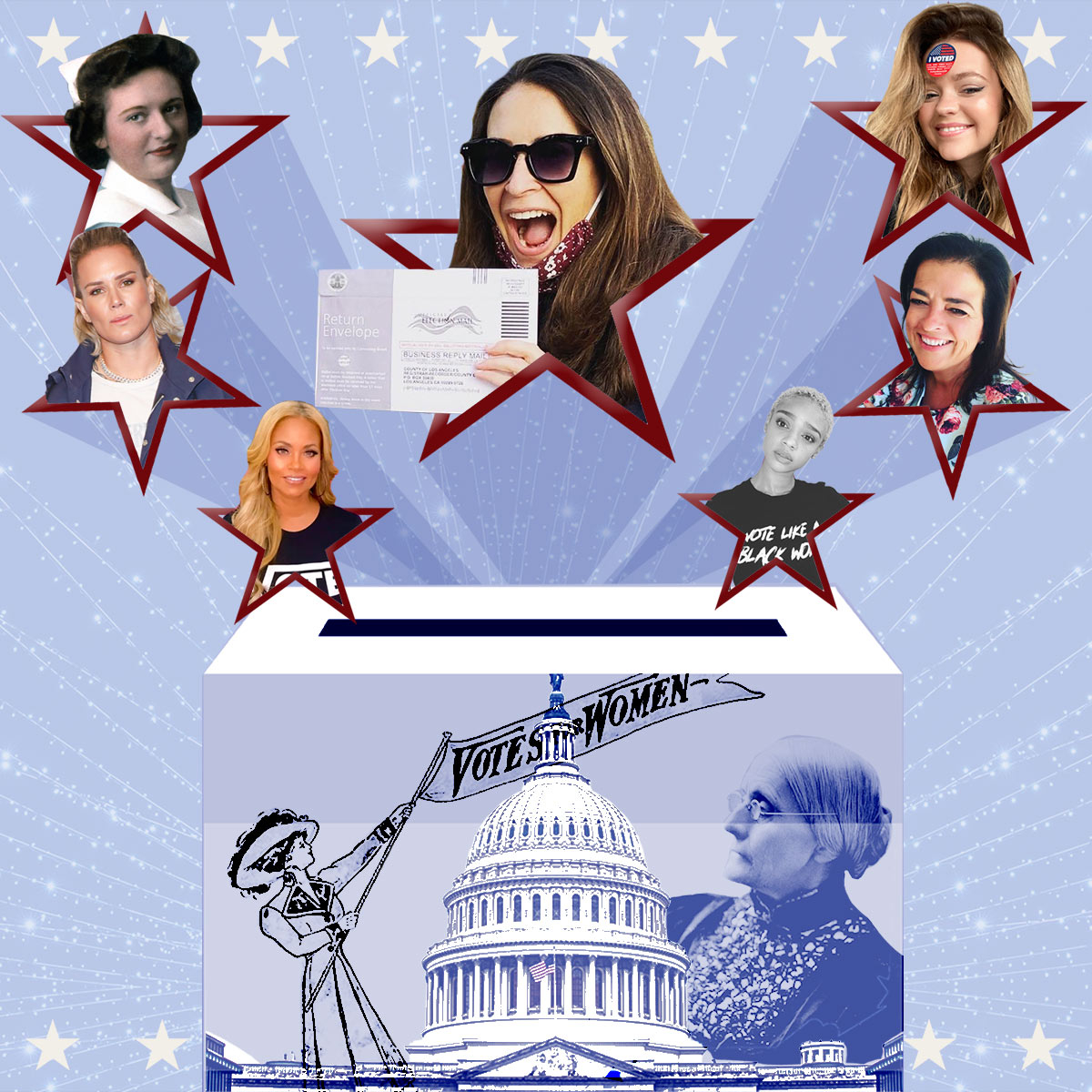 Pierre Joseph, 36: This is the first presidential election I voted in since I became a citizen in the United States. This is such a critical right, duty and privilege. The country where I was born, my vote didn’t mean much even though I voted. But I am confident that here, in the U.S., things will be different.

Hannah Bronfman, 33: I remember when Al Gore lost to [George W.] Bush and being very confused about the popular vs. electoral college vote. Then the first presidential election I was able to vote in was in 2008 when Obama won. And now, as I embark on motherhood, I am even more inclined to vote because I want to bring my baby into an environmentally safe and racially just America.

Erin McCart, 39: Having the ability to vote means we have control over advocating for our beliefs. After facing massive state shutdowns, closed schools, skyrocketing unemployment and countless protests, we were all delivered a powerful reminder on the importance of voting so we can have a say on the characteristics and decisions we want in our leaders. Our voting privilege, something we did not always have, and many people around the world still unfortunately don’t have, is one of our most sacred freedoms as an American.

Jessi Raulet, 34: I’m a Black American voter living abroad in France and voting has always been imperative. To me, voting is about using our collective voice to take our future into our own hands, but this only works if we all do our part! The U.S.’s reputation has motivated me even more to make sure my friends and family back home are voting as well. No matter what, I will be sure to do my part, even though I’m an ocean away.

Alexandria “Dria” Baum, 33: Voting is not something to take lightly, especially if you have the right to vote. We couldn’t be at a more critical time in our country and it’s truly important to make your voice heard every way possible, so that we can continue to fight for social justice and equality for all. As a bi-racial Latina, I want to remind young Black and Brown voters that as our communities grow, so does our power. Use yours and vote!

Katie Harris, 34: Voting gives us the opportunity to shape our future. That’s so incredibly precious, especially when women have only had a say for 100 years. If one person wants to change the world, it can feel very lonely. It’s easy to feel small and powerless looking at big problems, particularly when politicians try to bully opponents into silence. When we vote, we join our voices and become powerful together. When we vote, we change the future together. Voting lets us say in one clear, strong voice, “We deserve better, and we demand