Ariana Grande is showing a new pov of her relationship with Dalton Gomez. On Wednesday, Dec. 2, the "34+35" singer shared a rare photo...
More 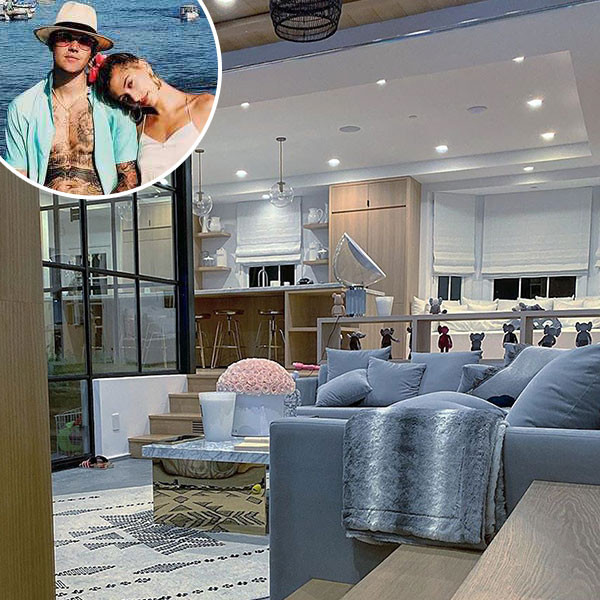 Justin Bieber and Hailey Bieber‘s pad is up for grabs.

Less than two years after the couple purchased their Beverly Hills, Calif. starter home for $8.5 million, Variety reports it’s on the market for $9 million.

The Biebs and his Mrs. currently call a $25 million Los Angeles estate home, so it makes sense that the duo is offloading this property.

A year ago the 26-year-old singer let his millions of social media followers inside the picturesque residence. “I think I wanna sell my home in Beverly Hills who wants it?” Bieber captioned one of the photos, later adding, “I’ll sell it with all the furniture. MAKE AN OFFER.”

According to the The Los Angeles Times, the 1930s Monterey Colonial home boasts more than 6,100 square feet of space and contains five bedrooms, seven bathrooms and a library. It also reportedly has several luxurious features, including a library, a wine cellar and a home theater.

While the artist didn’t post pictures of all of these rooms, he did give his followers a peek at his expansive living space, kitchen and impressive art collection. Fans also noticed a few personal touches throughout the tour, including a photo of the Biebers snuggling.