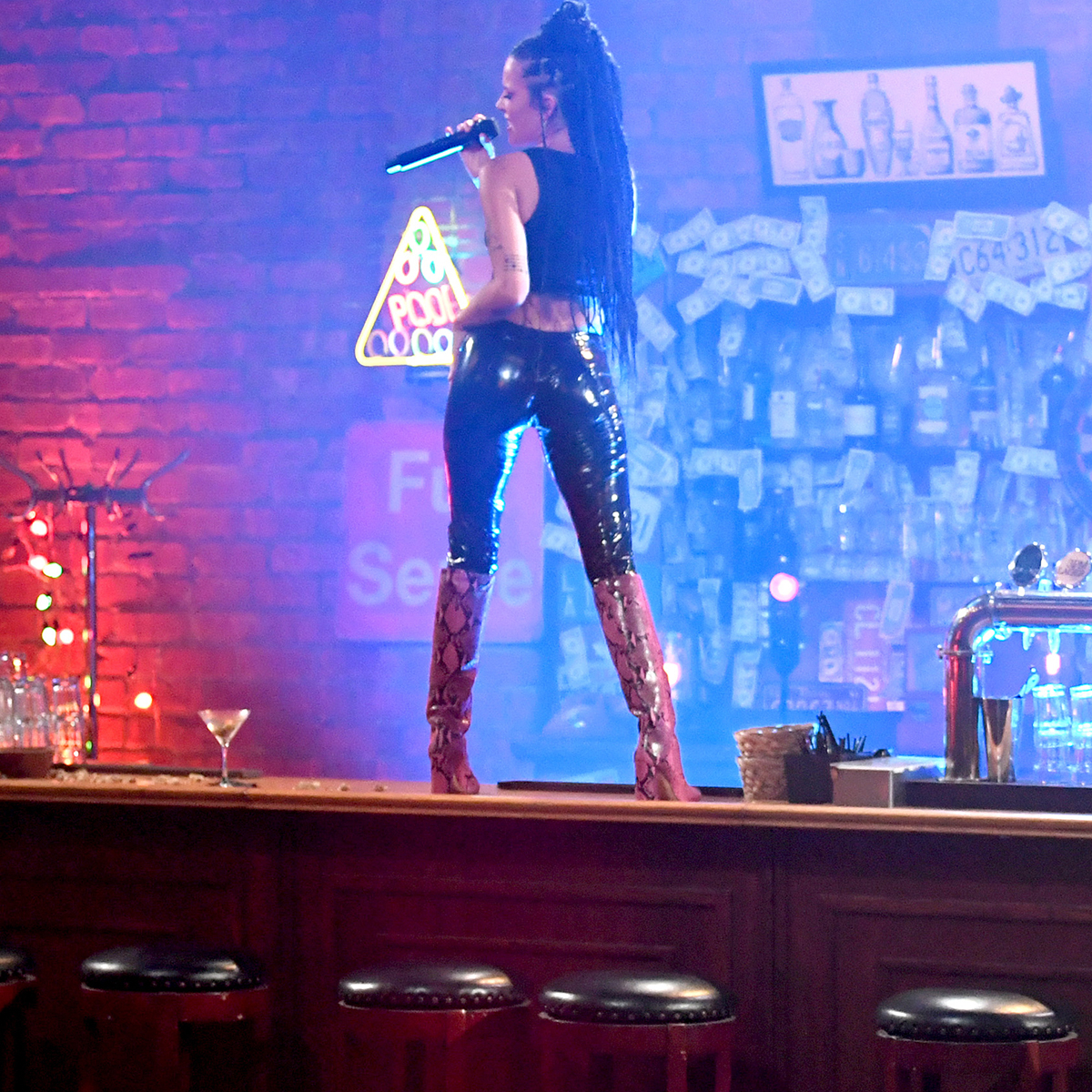 Even though bars are closed in many cities, Halsey and Kelsea Ballerini let us relive our best nights of bar-hopping with their performance at the 2020 CMT Music Awards.

The singers did not hold back, wowing with a racy rendition of their song “The Other Girl” on Wednesday, Oct. 21.

They performed on a bar set with red lights and stunned in matching leather outfits. The red-hot show paid tribute to the 2000 dance film Coyote Ugly, which is celebrating its 20th anniversary this year. Kelsea wrote on Instagram, “living out coyote ugly dreams tonight with my girl.”

Kelsea and Halsey were feeling rowdy, with Halsey recreating some of the film’s bartop dancing sequences and stomping her pink snakeskin boots on the counter. The 26-year-old star also had pink glittery eyeshadow, of course.

Kelsea started out in a cowgirl hat, twirling olives in a martini glass, before she leaned against the bar to belt out her song. She borrowed the lyrics when captioning her lace-up romper look on Instagram, writing, “I bet you’re more promiscuous than I.”