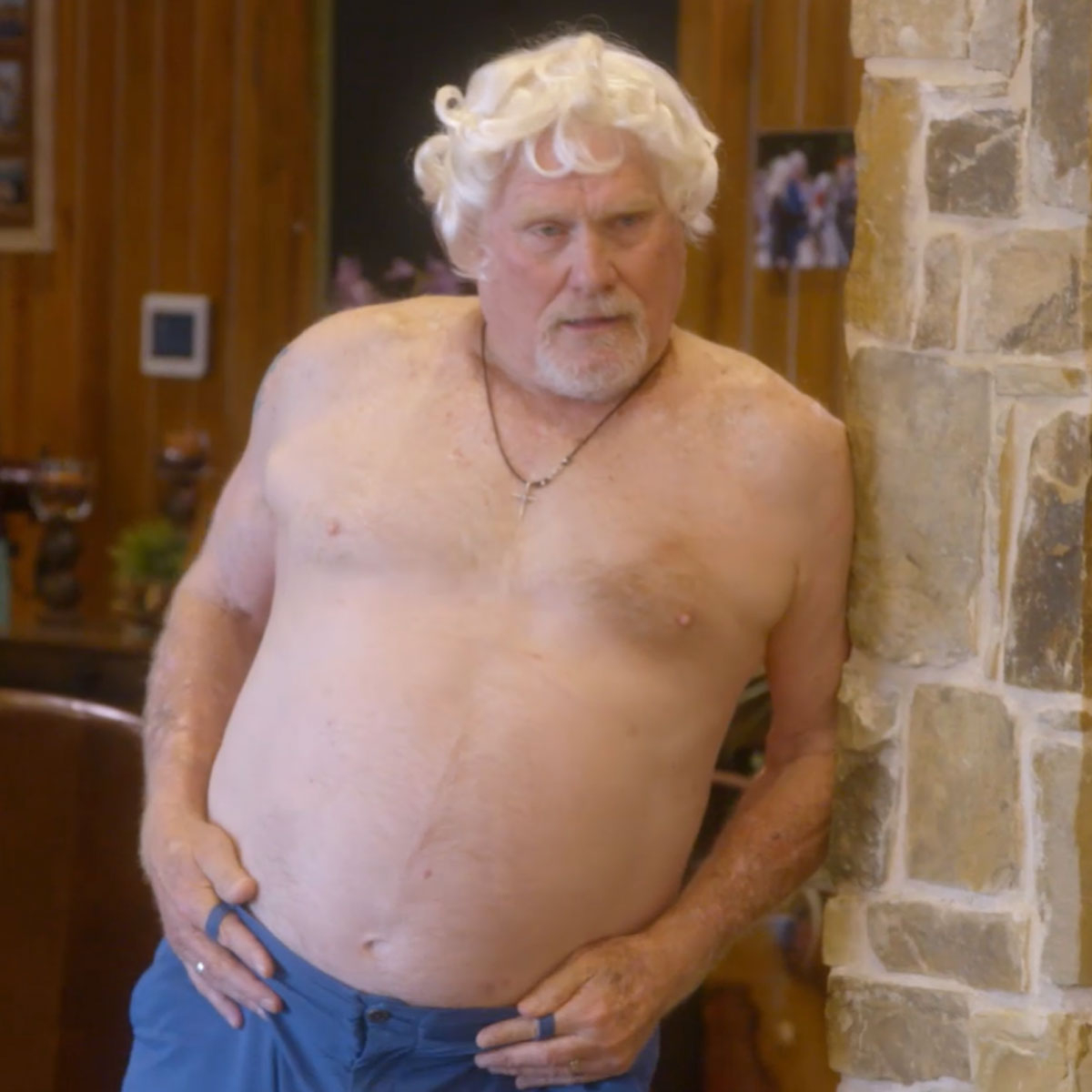 “What are you doing?” Tammy declares as Terry walks in shirtless while wearing a toupee.

He confidently responds, “You want some of this?”

Not only does Tammy demand that Terry remove the toupee, she reveals “it’s creeping [her] out.”

“Take it off,” she demands again. “Why are you doing this?”

Terry has a short and sweet reason: “Money.”

In a confessional, Terry explains to Tammy that he used to wear a toupee back in the day.

He further declares, “And I was making more money wearing the toupee than I was playing football.”

Although Tammy seems horrified by the hair piece, Terry assures her its just a trial toupee and the company “will send a better one.”