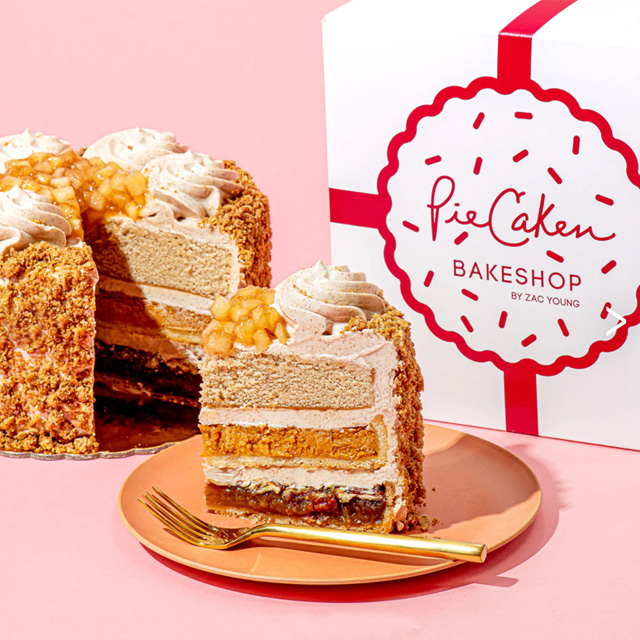 We love these products, and we hope you do too. E! has affiliate relationships, so we may get a small share of the revenue from your purchases. Items are sold by the retailer, not E!.

Can’t decide between pie and cake at Thanksgiving? Why should you have to? This year, have your cake and pie and eat it too with the delish turducken of desserts, the PieCaken!

The PieCaken is the creation of chef Zac Young, who has been named one of the Top 10 Pastry Chefs in America and is known for his final four finish on Top Chef: Just Desserts as well as appearances on Cooking Channel’s Unique Sweets and Food Network’s Halloween Baking Championship.

Zac’s original Thanksgiving PieCaken first went viral in 2015 and has been featured in Oprah Winfrey‘s O-List, Live with Kelly & Michael, CNN, the New York Times and Bon Appetit. As Kelly Ripa herself said, “This is pretty much the greatest thing that has happened to me, besides the birth of my children.”

Now, the PieCaken is available for nationwide shipping! And great news for advanced planners: The PieCaken ships frozen and can keep in the freezer for up to three months, so if you order now you’ll be golden for Thanksgiving.