Rising singer JinHo Bae performs "Muli" live on the Wish 107.5 Bus! The latest offering from the South Korean artist is a revival of...
More 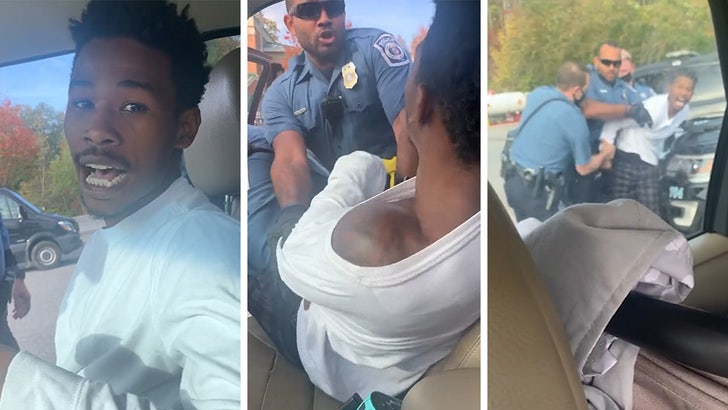 An African-American man was arrested Friday because he refused to show cops his ID during a traffic stop in which he was a passenger … and wait till you see how cops manhandled him.

The guy’s name is Antoine. He was driving with his wife/girlfriend, Heather Janney, in Anne Arundel County, Maryland when she was pulled over for going 45 in a 30 MPH zone. For some reason cops wanted to see Antoine’s identification, and he resisted, saying this was a simple traffic ticket and there was no reason for a passenger to show ID.

Cops clearly didn’t see it that way. They placed him under arrest and then dragged him out of the car.

Antoine kisses Heather before he’s removed from the car. You hear her cry as she videotapes him getting cuffed and taken away.

It looks like their newborn baby may be in the car.

We reached out to the cops. So far … no word back.