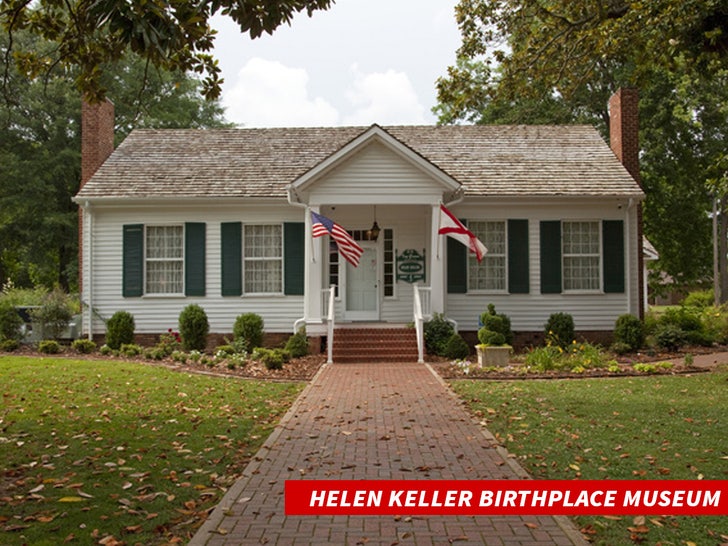 Helen Keller might be coming under fire for her white privilege — but an institution bearing her name thinks that’s a misguided view of Helen’s history, and wants to change the conversation.

Sue Pilkilton, director of the Helen Keller Birthplace Museum in Tuscumbia, AL (THE all-things-Helen-Keller spot in the country) tells TMZ people shouldn’t be focusing on Helen’s skin color … but more so on her accomplishments, and all the good she did for others.

She says Helen’s legacy is tied to activism, education and breaking barriers for hearing and sight-impaired people of all races, genders and status — and all the chatter about white privilege detracts from her life’s work.

It’s interesting … the Museum goes on to say that because Helen overcame so much despite her disabilities it pretty much overshadows her skin color, which the Museum believes shouldn’t be the benchmark on how we talk about her.

Here’s another thing — Sue tells us speculation Helen was wealthy or came from a family of great means is a misconception … explaining that, yes, her family did receive income from a cotton plantation — but they were far from aristocrats or big ballers.

You’ve got to be kidding me. The woke mob is now going after Helen Keller for being white. 🙄

Nevermind the advancements she worked to achieve for those with disabilities.

The point Black disability rights advocate Anita Cameron made over the weekend — to mixed reaction — was that, money aside, Helen was likely patched through to the right people as a result of being white … whether she knew it or not. For what it’s worth, the museum thinks that would be an inaccurate headline for her life.

Pilkilton says much of Helen’s schooling and education was facilitated by charitable orgs and other philanthropic folks who saw potential in her … and the museum feels like her white privilege had little if anything to do with that.

Of course, not everyone would agree.