No. 3 Ohio State is boarding a plane to Miami as planned on Saturday to face No. 1 Alabama in the College Football...
More 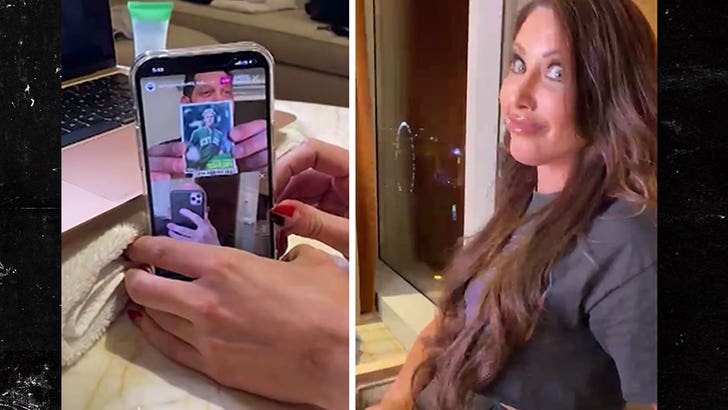 Move over Rob Kardashian … Holly Sonders is the latest celeb getting in the card game — the famous sports reporter just pulled a SICK Larry Bird card this week that could be worth $25K!

TMZ Sports has learned … Holly linked up with Vintage Breaks on Wednesday to do a little box breaking for a live stream.

And, Holly — who’s beginning to dip her toes into the card world after her famous ex-boyfriend, Vegas Dave, sold his Mike Trout rookie card for nearly $4 MIL — scored BIG on one of her pack openings.

Sonders and Vintage Breaks’ Leighton Shelton tore through a 1981-82 Topps pack … and in it, a Larry Legend piece that could be worth a small fortune stared back at them!

Leighton couldn’t believe it … because the card is pretty rare. FYI — Larry’s rookie card was a split with Magic Johnson, so this piece was his first-ever standalone NBA card.

It’s so rare, in fact, that if it grades out as a perfect Gem Mint 10 — which Shelton says is VERY possible given the centering of the picture — it could be worth $25,000!! 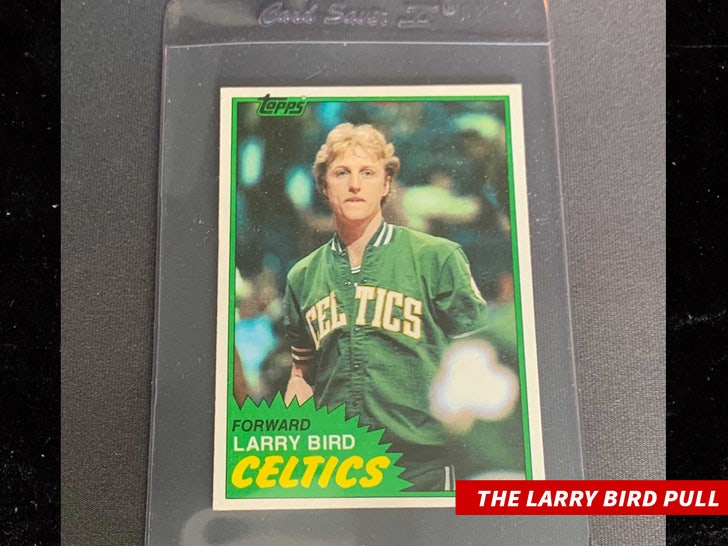 We spoke with Holly after the awesome pull … and she told us the whole experience was pretty damn thrilling. 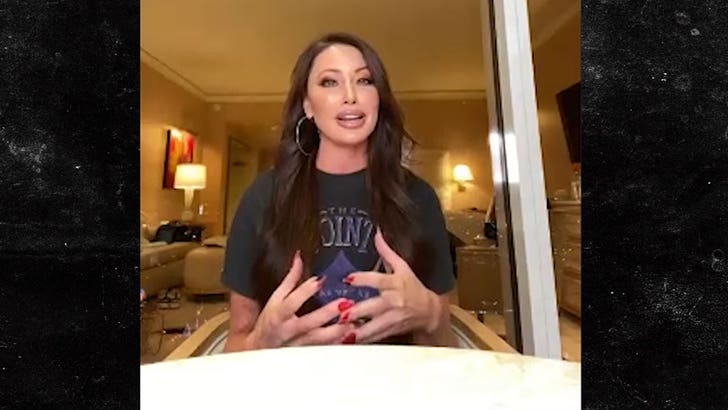 “[My agent] Darren almost jumped out of his f*cking chair over here!” Sonders said … “It’s fun for me just to see the joy that it brings other people and the idea that something could be worth $25,000, you know? Somebody can buy a new car with that piece of cardboard!”

“It’s just mind-blowing to me.”

As for what Holly’s plan for the card is now? She says she’s sending it off to get graded — and she’ll gift it to her agent, Darren Prince (who’s a HUGE card nut), for Christmas when it comes back.

Yeah … eat your heart out, Santa!