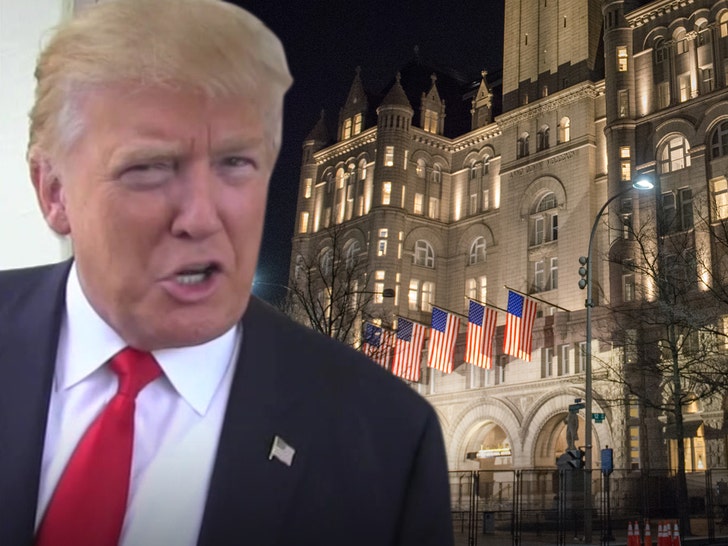 The chaos President Trump helped incite in Washington, D.C. is continuing into the night, and now it’s on his metaphorical doorstep — a man’s been stabbed outside his hotel.

D.C. Police are swarming around the street in front of the Trump International Hotel to investigate the stabbing.

Waiting for your permission to load the Instagram Media.

Cops say an adult male is a victim, and he’s been transported to a hospital for treatment. Police do not have a suspect in custody at the moment, and, to be honest, law enforcement already had its hands full.

The Mayor of D.C. declared a 6 PM curfew in the city, and with the help of more than 1,000 National Guard troops … officers are clearing protesters from the Capitol and surrounding streets.

Trump’s hotel is about a mile away from the Capitol, where earlier on Wednesday he told they already amped up the crowd … “You’ll never take back our country with weakness. You have to show strength and you have to be strong.”

We all know what happened next, including the fatal shooting of one woman inside the Capitol.