Miami Dolphins offensive coordinator Chan Gailey has resigned, the team announced."I want to thank Chan for all of his hard work and dedication...
More 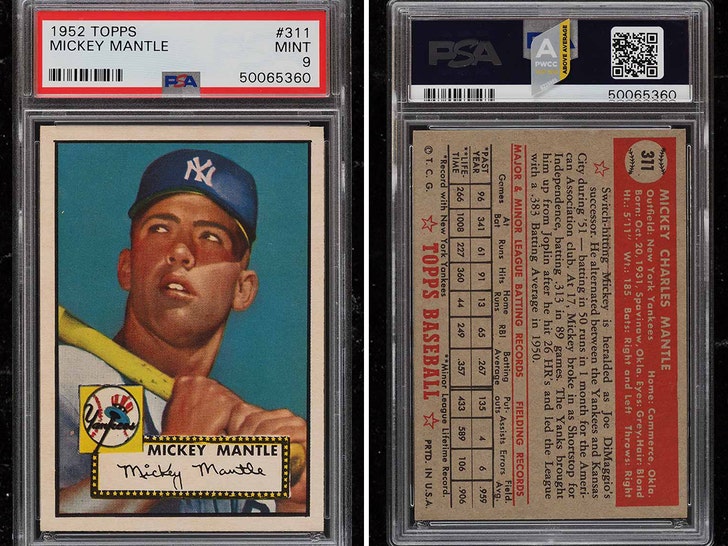 A Mickey Mantle baseball card just sold for $5.2 MILLION at auction … smashing the previous record by over a million bucks!!

The 5 million dollar card?? A 1952 #311 Topps Mickey Mantle … considered one of the most desirable trading cards in existence.

We’re told the card — graded in mint condition and 1 of only a few in existence — was brokered by the people at the online auction site, PWCC.

Aside from Mickey being a 20x All-Star and 7x World Series champ … 1952 was also the 1st year Topps produced baseball cards.

This isn’t the only time this particular Mantle card has been sold … back in 2018 it raked in $2.88 mil at auction. 2 years later … it’s almost doubled in value.

The guys’ name is Rob Gough … and if that name rings a bell, it’s because he’s the man behind the iconic CBD brand, DOPE CBD.

Rob’s bank account is $5 mil lighter today … but on the bright side, he now owns the most valuable baseball card ever made.