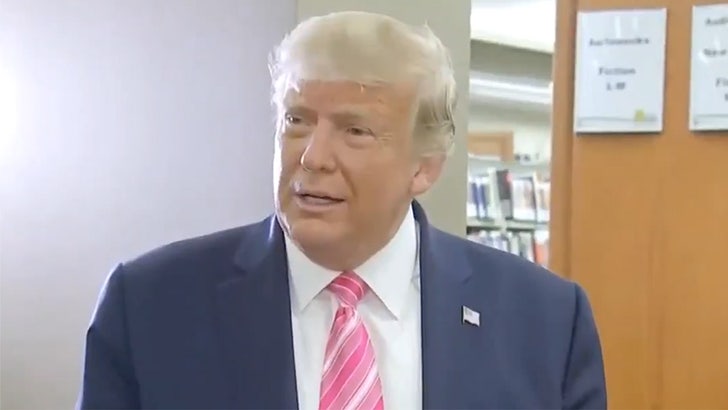 President Trump just racked up another vote in his column … his own.

Trump was a longtime New York voter, but he changed his residence last year to Mar-a-Lago, in Florida. He has beef with New York — especially NYC — because he says the Big Apple has treated him unfairly.

President Donald Trump is officially the first sitting U.S. President to vote in the state of Florida. Trump gave the signature thumbs up as he left his West Palm Beach polling location. #VoteEarlyDay #vote pic.twitter.com/N1pLclKW5L

Trump said in-person voting was preferable to mail in, but remember — he has voted absentee twice this year.

Tens of millions of people have already voted, with a huge number expected at the polls on November 3rd. That said, most experts think this election isn’t going to be called for days after the final vote is cast.