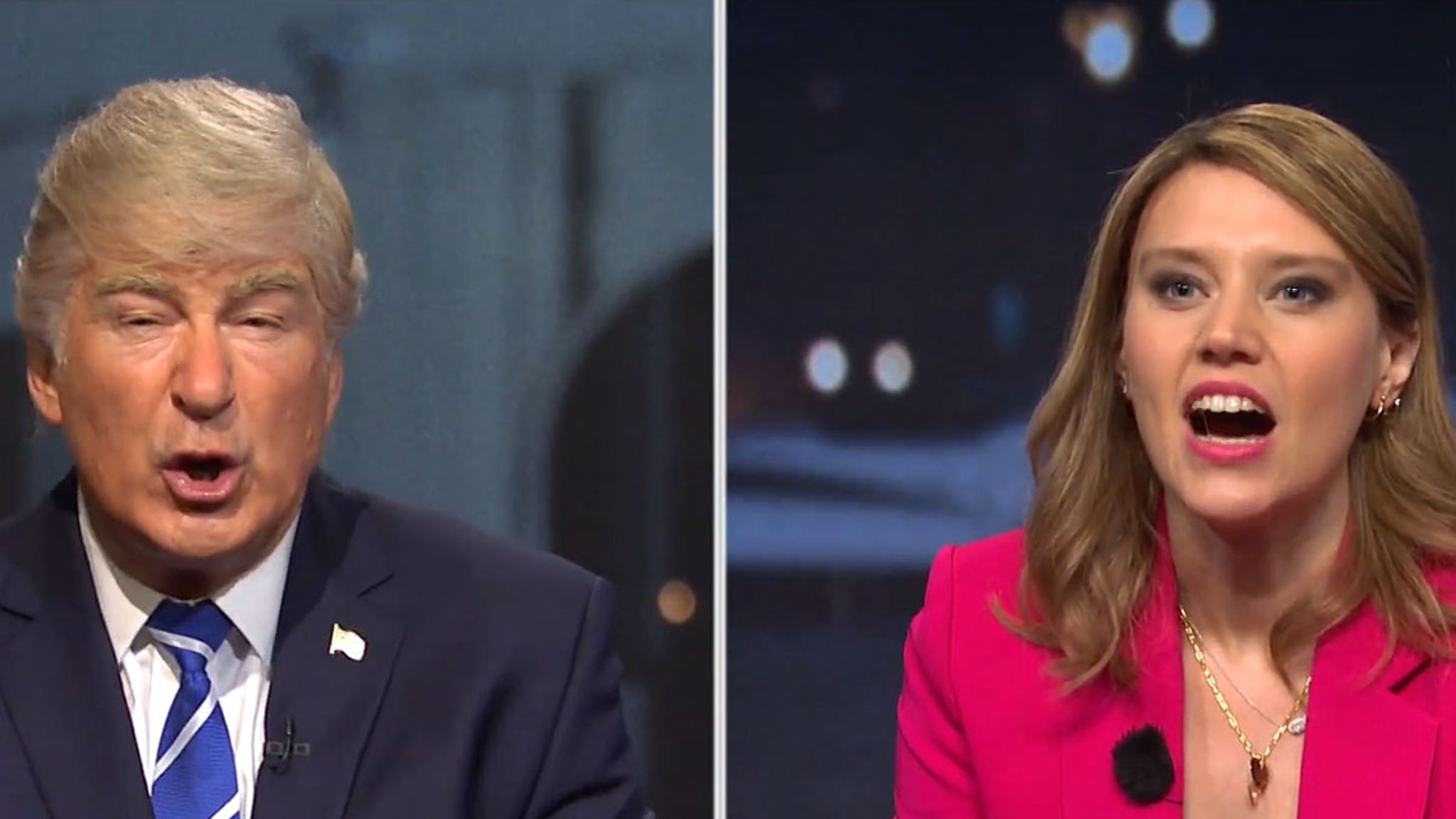 “SNL” mocked the dueling Presidential debates, and it was pretty funny.

Jim Carrey played Joe Biden, who showed his numerical age with some dad/granddad references to pop culture and a penchant for reminiscing WAAY back.

The cold open ping-ponged from Biden to Trump, who of course was hilariously played by Alec Baldwin.

Kate McKinnon, who played Trump moderator Savannah Guthrie, challenged Trump for tweeting about white supremacy and such. His response, “I didn’t tweet it. It was a retweet, which is short for a really smart tweet.”

And then McKinnon reprised Guthrie’s line about Trump’s tweets — “You’re not just someone’s crazy uncle,” to which Trump [Baldwin] responds, “Really? Because this conversation we’re having right now is a preview of Thanksgiving dinner,” Baldwin’s Trump shot back. “So crazy uncles, stand back and stand by.”