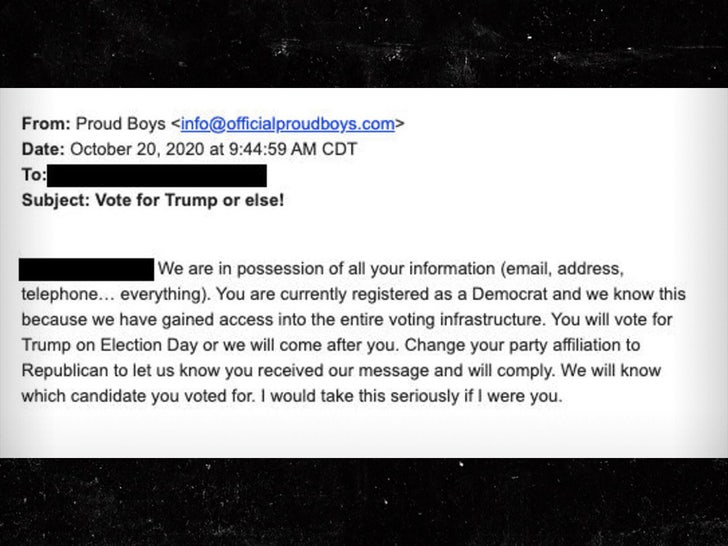 Registered Democrats are being targeted and threatened by a disinformation campaign … the question — who’s it supposed to hurt and who’s behind it?

An email has gone out to an untold number of Democrats … supposedly sent by the Proud Boys — the white supremacist group Trump told to “stand back and stand by.”

The email reads, “We are in possession of all your information (email, address, telephone … everything). You are currently registered as a Democrat and we know this because we have gained access into the entire voting infrastructure. You will vote for Trump on Election Day or we will come after you. Change your party affiliation to Republican to let us know you received our message and will comply. We will know which candidate you voted for. I would take this seriously if I were you.”

What’s especially unnerving … the email has the voter’s home address. In other words — they know where you live.

The Director of National Intelligence came out Wednesday and said Iran and Russia were actively trying to interfere and said it was to hurt Trump. It’s puzzling … the threat is against Democrats. The only way it would hurt Trump is if people recoil because it looks like it’s coming from a radical group Trump seems to support.

There’s another email going around to registered Republicans threatening to burn down their homes if Biden wins and Trump doesn’t concede, but something this is actually anti-Biden because the point is to scare Republicans so they go to the polls and vote. 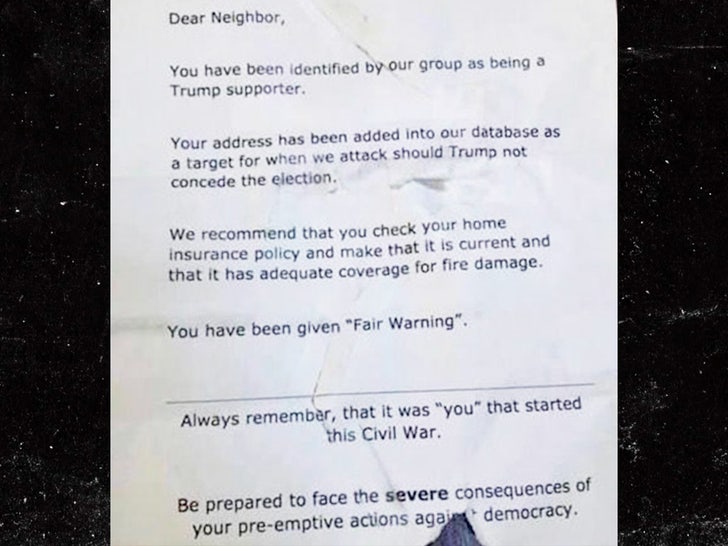 BTW … the email is bogus. No one knows who you voted for except you, unless you tell people.