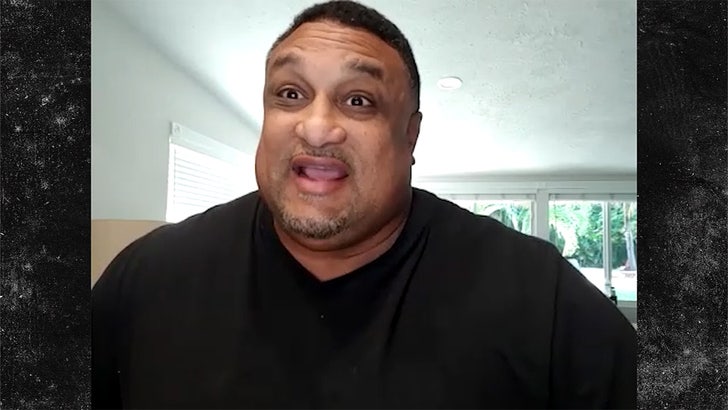 Willie Roaf says he ain’t surprised Drew Brees is returning so soon from a punctured lung and broken ribs … telling TMZ Sports the QB is one of the baddest dudes to ever suit up in the NFL!!

“Drew Brees is probably one of the toughest guys mentally you’re going to meet to ever play,” Roaf says. “He’s focused, he’s ultra-competitive and it just motivates him.”

Brees busted up his core in back-to-back games just a couple weeks ago … cracking some ribs against the Bucs on Nov. 8 and doing even more damage a week later.

41-year-old Drew took a big hit early in the Saints’ win over the 49ers … and it was later revealed the shot punctured his lung and fractured even MORE ribs.

49ers get hit with a roughing the passer here for sacking Drew Brees #SFvsNO pic.twitter.com/Ip6CLdJBpU

Most thought the dude would miss around two months … but Saints coach Sean Payton confirmed Friday that Brees would be under center for the huge New Orleans-Kansas City tilt on Sunday.

And, when we spoke to Roaf about it all … the legendary offensive lineman told us if the team cleared the QB to play, then people shouldn’t worry too much about him.

“If he can deal with the pain and it’s not gonna get worse — he’s not going to get injured — I guess they’re saying he’s OK to play,” Roaf said.

By the way, Roaf played for both the Chiefs and the Saints in his Hall of Fame career … so, who’s he got on Sunday?

He pleaded the fifth, but ya gotta watch the clip … his answer is pretty damn funny!