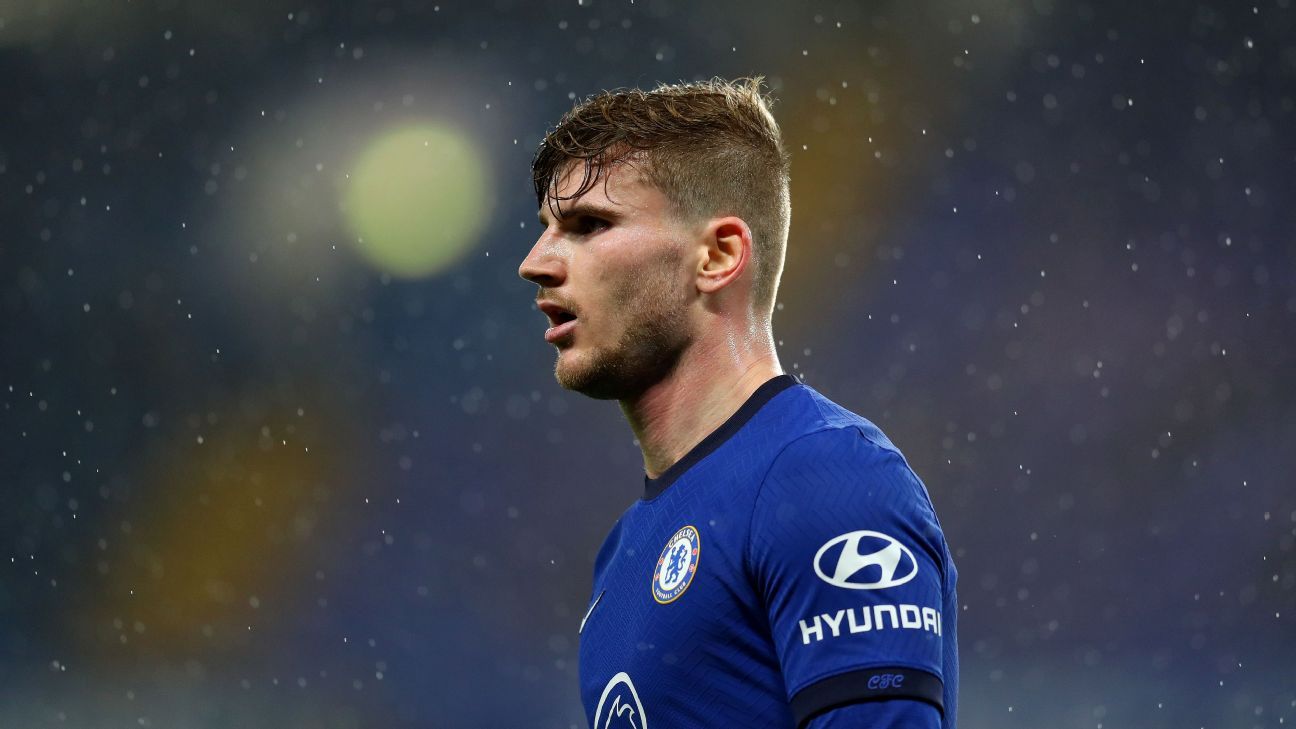 A brace against West Ham United needs to be the start for Tammy Abraham if he is to end coach Frank Lampard’s search for Chelsea‘s best No. 9.

The scoreline flattered the Blues given their performance, but for a team that has struggled to win when playing badly this season, Lampard will welcome the end product — a 3-0 victory Monday night — after suffering back-to-back defeats for the first time this season. More is needed to mount the title challenge many expect, however, and finding a central striker capable of embarking upon a sustained run of form would be a good place to start.

– Karlsen: Why Chelsea are so keen on Declan Rice
– Watch ESPN FC Daily on ESPN+ (U.S. only)

Abraham made his first Premier League start since Nov. 29 as Lampard refreshed his options following losses at Everton and Wolverhampton Wanderers. He was slow into stride here, a peripheral figure as Chelsea struggled to move the ball efficiently in midfield to service their strikers.

West Ham were typically well organised but not without threat on the break, with Declan Rice providing many flashes of quality that explain ongoing speculation he could swap the Hammers for Chelsea sometime next year. The home side’s opening goal came from a set piece, with West Ham having momentarily switched off as the game restarted following an early injury to Ben Chilwell. Mason Mount swung over a corner that Thiago Silva met with a thumping header.

The Blues never looked like asserting greater superiority on proceedings, aside from Timo Werner missing the first of a flurry of opportunities, firing tamely at Lukasz Fabianski that was sent clean through by Christian Pulisic. Werner looks a shadow of the player who started so promisingly following his £50 million summer arrival from RB Leipzig.

He initially appeared to be reaping the benefits of turning down the chance to play in Leipzig’s Champions League quarterfinal last season to make an early start to preparations for life in London, racking up eight goals and three assists from 12 games across all competitions up to Nov. 7. He hasn’t scored since. He hit the crossbar late on with another presentable chance, making it seven starts without a goal — his longest goal drought since September 2016, when he moved from Stuttgart to Leipzig.

Werner started the season as Lampard’s preferred striker, and it seemed as though the club’s £220m spending spree leant itself to Werner being partnered by Pulisic on one flank and Kai Havertz on the other with Hakim Ziyech offering stiff competition or the versatility to play deeper in midfield.

Yet he was shifted out to the left to accommodate either Abraham or Olivier Giroud, and while that decision enabled Lampard to give game time to two players with uncertain futures, it has seemingly had a detrimental effect to Werner, who was bought as an upgrade on both.

“I’m not worried [about Werner’s form],” he said. “Every striker will want to be scoring goals. It is what they ultimately get judged on and that’s why Timo was a great acquisition for us because of the level of goals he scored in the last few years.

“Again, I’ll say a player that’s in a new league and has to have time to settle, but I think that’s not the whole story with Timo. He is getting into positions regularly, he is scaring teams and giving them a problem. At the moment it is not quite going in for him. The moment that changes, he keeps working hard, then we’ll see goals from Timo Werner for sure.”

Werner needs something to go right for him in front of goal, more than the scuffed shot that turned into an assist for Abraham, who finished smartly past Fabianski in the first of a quickfire double on 78 minutes. Two minutes later, he converted from a neat angle following good work from Pulisic to settle a contest West Ham long threatened in and to end his own personal drought dating to Nov. 21. Abraham and Giroud offer different attributes as forwards, something Lampard insisted made the difference in his team selection here.

“It is good for Tammy’s confidence [to score twice], clearly,” he said. “You have to work for your goals and he worked for them today he put a lot of effort in. I wanted him to be a handful and to move, have energy and move their back-line. I thought he did it.

“Oli has been doing it for us in his own way and scoring goals, so it was a decision more on the opposition today to play Tammy. I was pleased with how he did. We need that. We’ve had goals from all over the pitch, that’s great, but you do need people scoring regularly and Tammy getting two will help him.”

Lampard urged Abraham to rise to the challenge of Werner’s arrival and mirror the professionalism Giroud has shown throughout last season and this. Abraham’s contract talks continue to rumble on in the background, while Giroud has been told in no uncertain terms by France manager Didier Deschamps that he must be playing regularly to retain his starting spot for Euro 2020 next summer.

Lampard wanted greater competition for his forwards this term. But now would be an opportune moment for one of them to stand above the rest.