Watch the first episode of Wishcovery Originals and know how the competition will unfold this season!#WishcoveryOriginals aims to discover and provide a platform for...
More 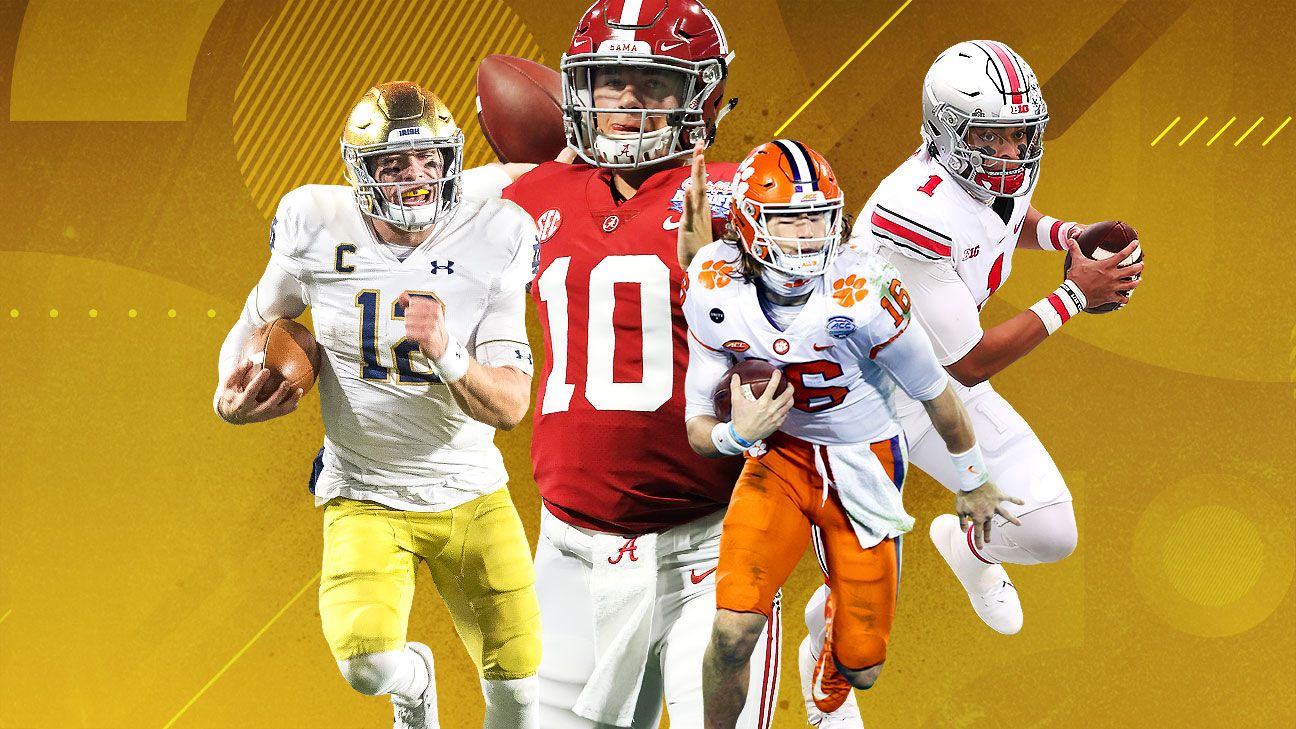 In a college football season unlike any other, there’s still some familiarity in the College Football Playoff.

Alabama, Clemson and Ohio State are all back in the CFP semifinals. At least two of those three schools have played in every CFP since the playoff’s inception in 2015.

Joining the three stalwarts in the semifinals is Notre Dame. The Irish (10-1) are coming off their lone loss of the season to Clemson in the ACC championship game. Notre Dame, traditionally a football independent, competed as an ACC team for the first time this season as a result of the coronavirus pandemic.

Alabama and Notre Dame will meet in The Rose Bowl Game Presented by Capital One on Jan. 1 at 5 p.m. ET, followed by Clemson and Ohio State in the Allstate Sugar Bowl at 8:45 p.m. Both games will air on ESPN.

In the history of the College Football Playoff, no one-loss SEC team was ever left out — until this year.

Texas A&M is on the outside looking in despite an 8-1 season that saw the Aggies’ lone loss come against Alabama in the second week of the season.

“I don’t care what league you’re in. If you’re gonna pick the best four teams, we’re one of them.”

Instead, the Aggies were ranked No. 5 and will play the Big 12 champion Oklahoma Sooners, who at 8-2 jumped the unbeaten Cincinnati Bearcats (8-0) out of the AAC.

While the Crimson Tide and Fighting Irish will play in the Rose Bowl, they won’t be headed to California this year. That game has been moved from the Rose Bowl Stadium in Pasadena, California, to AT&T Stadium in Arlington, Texas, due to the growing number of COVID-19 cases in Southern California, along with the inability for players’ and coaches’ families to attend because of state restrictions during the pandemic.

The Tide (-17.5) and Tigers (-6.5) have opened as favorites at Caesars Sportsbook by William Hill in the two semifinal games.

Alabama had the most straightforward path to the playoff. The Crimson Tide went 11-0 and won another SEC championship. Alabama had just one game canceled this season, though coach Nick Saban did test positive for COVID-19 and had to miss the team’s 42-13 Iron Bowl win over Auburn.

Clemson is 10-1 with its one loss coming to Notre Dame in a game the Tigers played without quarterback Trevor Lawrence after he tested positive for COVID-19. Clemson was able to avenge that loss as a healthy Lawrence led the Tigers to an ACC title game romp over the Irish in the rematch on Saturday.

And then there was the Buckeyes, whose season didn’t start until Oct. 24 as the Big Ten reversed its decision to not play football at all. Despite having three games canceled due to COVID-19 issues, Ohio State was dominant throughout the season, scoring fewer than 38 points just once en route to a 6-0 season that resulted in another Big Ten championship.