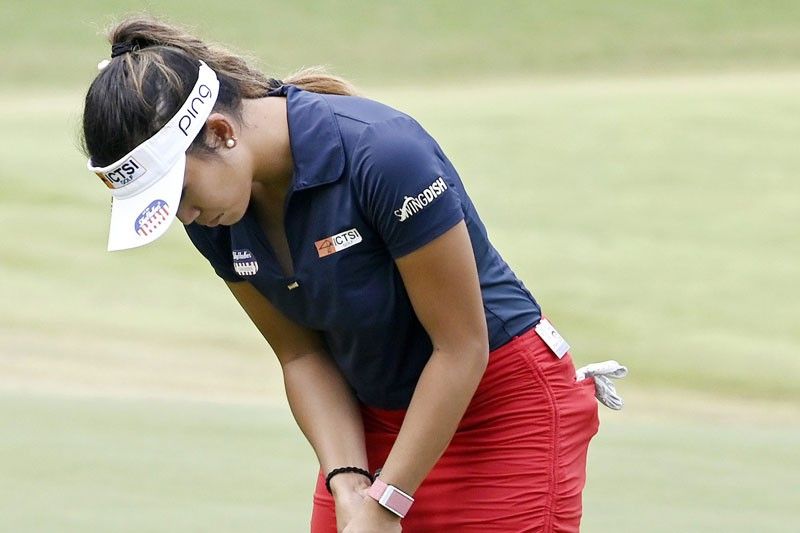 MANILA, Philippines — Her awesome power was in full display all week but Bianca Pagdanganan lost, to her chagrin, her killer touch over the sleek greens and settled for third in the LPGA Drive On Championship-Reynolds Lake Oconee won by American Ally McDonald in Georgia.

Her over 300-yard drives were the staple of golf talks since she emerged as a rookie sensation that netted her $186,266 by making the cut in all six starts in the world’s premier ladies circuit.

And her third-place finish last Sunday, following a strong finish, has barely scratched the surface of a promising career where this early she was being tabbed as the ‘’future of women’s golf.”

But she couldn’t win the war by losing the battle and it was very evident as her short irons and wedges failed to click the way they did in the first three days, squandering her gambits to overwhelm the par-5s as she did in the second round.

The power-hitting Filipina ace birdied the last two holes for the second straight time to break a run of pars for a 70 and a 14-under 274 total at the Great Waters course in Greensboro which McDonald dominated with a 272 output spiked by a closing 69 for a one-stroke victory over world No. 5 Daniella Kang, who fired a 68 for a 273.

Pagdanganan pocketed $83,557 (P4 million), nearly matching her earnings of $83,765 for a joint ninth place-finish in the KPMG Women’s PGA Championship, one of the Tour’s majors, two weeks ago in Pennsylvania.

Though her closing bogey-free card would’ve been enough to anchor a title drive, the ICTSI-backed golfer rued the missed chance of going all the way as she failed to take advantage of the par-5s.

“It definitely got a little frustrating, but it’s okay,” Pagdanganan, who birdied the four par5s Friday to stay within one off McDonald, told The STAR. “I still have parts of my game that I need to work on.”

From joint ninth in a major event to solo third, things are looking up indeed for Pagdanganan, whose Tour campaign is also backed by Skyflakes, Ping, Titleist, Footjoy and Swingdish.