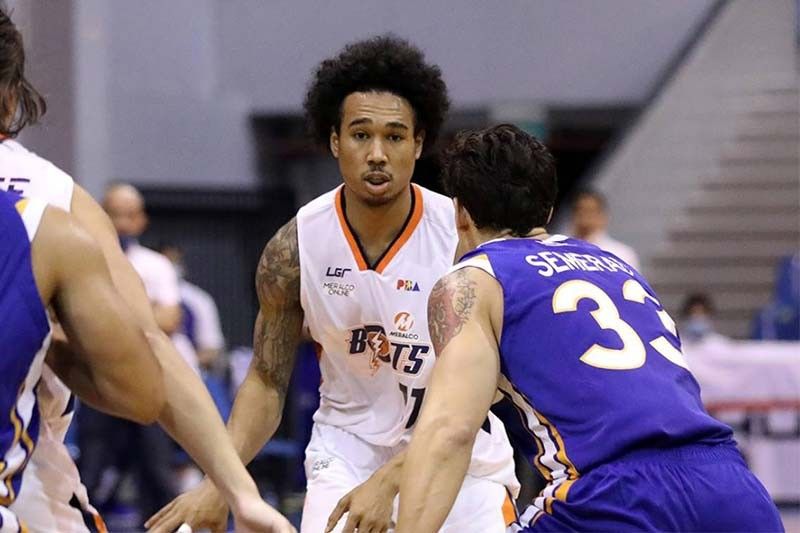 MANILA, Philippines — Basketball teams often have that one guy whom they can always count on, especially in make-or-break moments of a game.

For the Meralco Bolts, that player is Chris Newsome — at least in the eyes of his head coach Norman Black.

Black rained praises on Newsome, who for the second straight game led the Bolts to victory with late game heroics.

“We’re making sure the ball is in his hands in the fourth quarter, and he’s the guy that’s gonna deliver for us,” Black said after their 101-92 victory over the NLEX Road Warriors on Friday.

Newsome racked up 18 points to go with six rebounds and six assists against NLEX, a win that propelled the Bolts above .500 in the rankings.

Before that, the 2016 rookie of the year tallied 23 points, eight of them in the extra period, in their overtime victory over the Magnolia Hotshots last Tuesday.

Conservation of Newsome’s energy for the final stretch of the ball game, Black says, is crucial for the overall result of the contest.

“We’re trying to take some defensive pressure off him. Normally, he’s assigned to the best offensive player on the other side every single night. But we’re trying to take that away so he can concentrate more on his offense,” Black said.

Nevertheless, when it matters the most, Newsome will still be the one to stick like glue to an opponent’s best offensive weapon in a win-or-lose possession.

“At the end of the game, he’s still guarding the best player on the other team,” Black said.

The Bolts are on a two-game winning streak after losing two of their first three assignments in the bubble.

The Bolts hope to carry over the momentum of their win streak when they face the sputtering but six-peat seeking San Miguel Beermen on Wednesday, October 28.