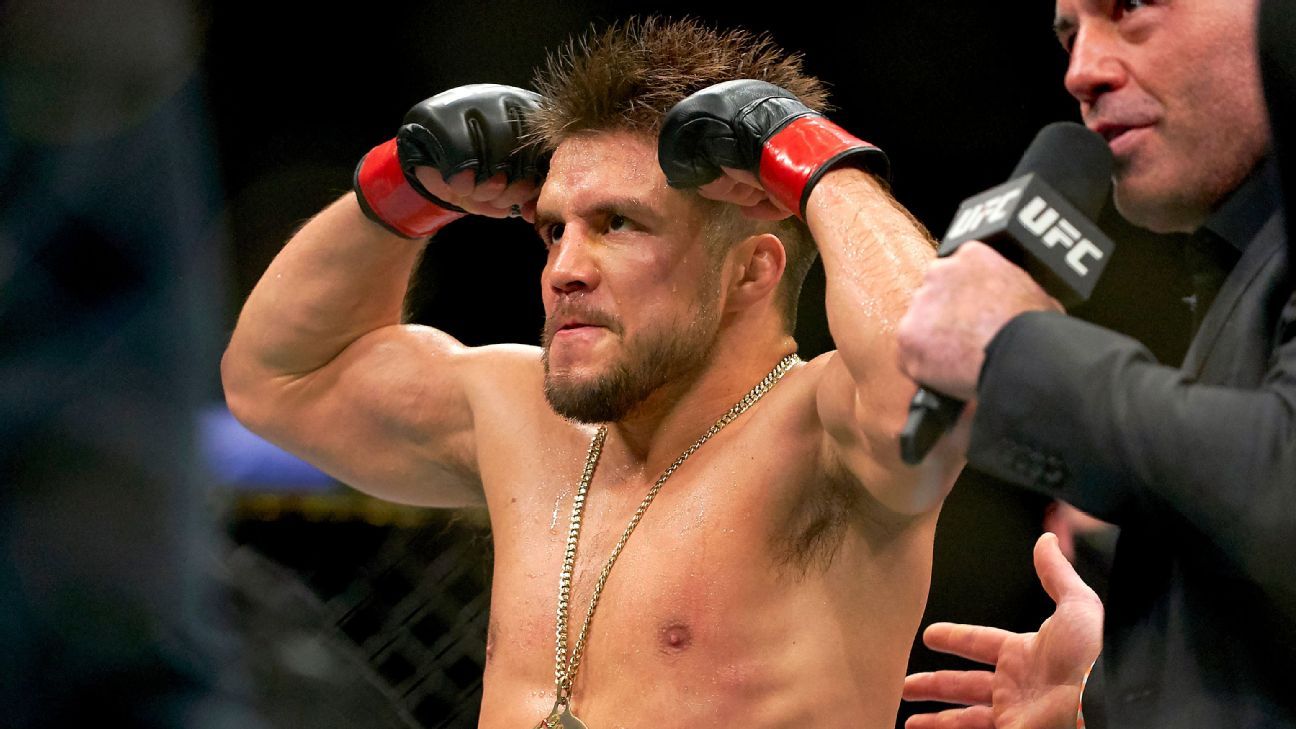 Henry Cejudo is retired from mixed martial arts and says he is comfortable if he never competes again. However, the former UFC double champion said he could return before the end of 2020 — for the right price.

Cejudo told ESPN during a video interview Friday that he has not spoken to the UFC recently and won’t chase executives to ask for a comeback. But if the promotion antes up the number that he wants, Cejudo says he could be back in short order.

“If that lucky number does come up, I’ll be back this year if they want,” Cejudo said in an interview to promote his sponsor Lifted Trucks. “I’m in shape, I’m ready for anything. But I ain’t doing it just because people want to see me fight. I’m doing it because it makes sense for me financially.”

Cejudo stunningly announced his retirement in the cage following his successful bantamweight title defense against Dominick Cruz at UFC 249 on May 9. When Cejudo stepped away, ESPN had him ranked No. 3 in its pound-for-pound MMA rankings. He is one of just four fighters in UFC history to hold two different titles in different weight classes concurrently. He’s a former bantamweight and flyweight champion.

Cejudo won the Olympic gold medal in freestyle wrestling in 2008. He lost that medal in a California fire in 2017. Lifted Trucks presented him with a replica gold medal recently, which Cejudo said he actually likes better than the original. But looking to the future, Cejudo said his legacy is secure and he wants to be properly compensated for his services.

“Show me the money,” Cejudo said. “That’s it. I’ve got my legacy. My legacy is written. Everybody knows what I’m after. I’m out here chasing green now. That’s what I want. I’ve got all the gold. I want the green.”

“I know I can beat [Volkanovski],” Cejudo said. “[UFC president] Dana White knows I can beat him, and I know that from close sources.”

Cejudo said he also has been working as a wrestling coach and in real estate and will be co-hosting Mike Tyson’s podcast. In addition, Cejudo said he has been in discussions for a possible spot on “Dancing With the Stars.”

Cejudo has also dabbled a bit in professional wrestling. He showed up unexpectedly with Tyson on an All Elite Wrestling show in June, and he has trained in pro wrestling with WWE Hall of Famer Kurt Angle. Cejudo said WWE and AEW “are both knocking.”

“[Angle] wants me in the WWE,” Cejudo said. “He wants me to do some things there. There could be some potential things with the WWE as well. There’s a lot, man. C’mon man — you think I’m out here picking my nose?”

While Cejudo would come back if the money is right — and if a share of the pay-per-view revenue for his fights is on the table — he said he has no hard feelings toward the UFC or White.