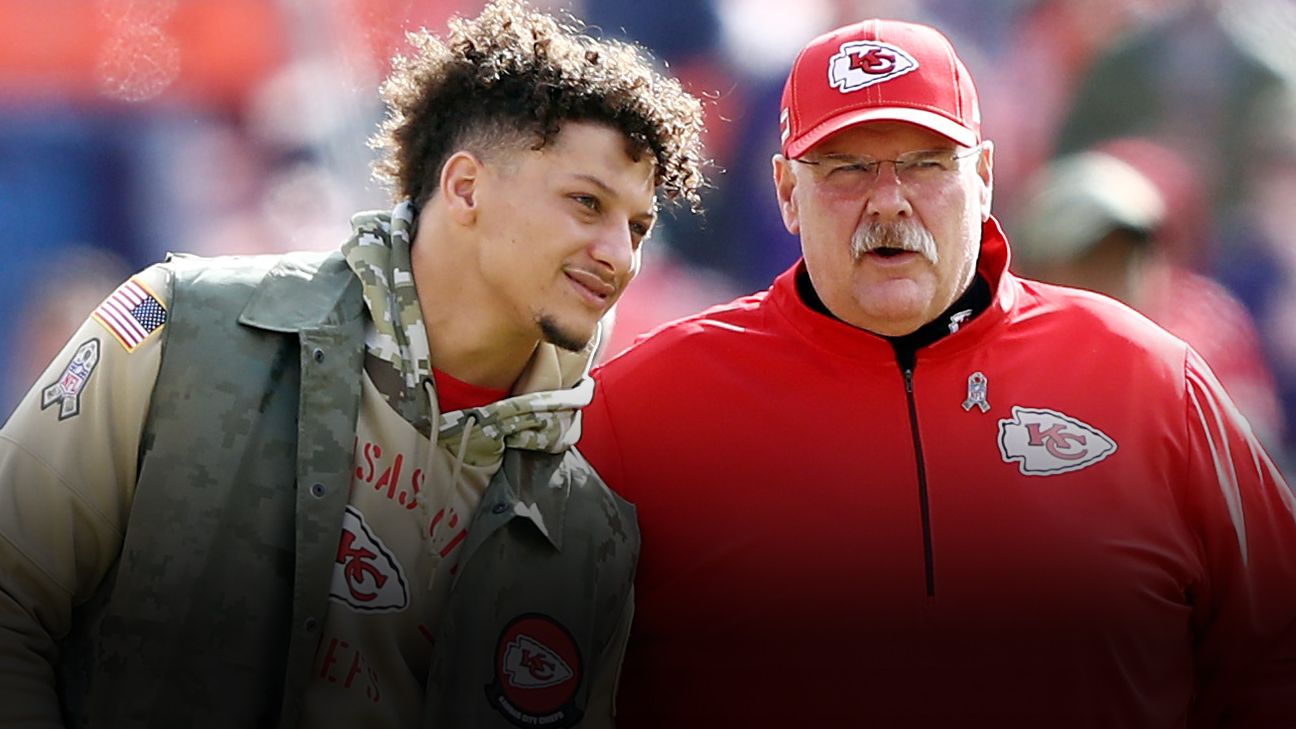 KANSAS CITY, Mo. — The 1.5 million Twitter followers of Kansas City Chiefs quarterback Patrick Mahomes saw his new profile picture on Monday. Only the photo wasn’t of him but of his coach, Andy Reid, from when he was an offensive lineman at BYU.

“I told Patrick, ‘Thanks for making me feel young for one more day,'” the 62-year-old Reid said. “That was great. I had hair and the whole deal, actually veins in the arm. That’s not bad.”

Mahomes’ move with his profile photo is part of a trend with Chiefs players and their Twitter accounts. Some have switched their profile pictures to old photos of teammates and coaches.

“The fact that they feel comfortable doing that I think is important,” Reid said. “The more you like the people you’re around, the better the atmosphere and the more you want to come to work and get yourself better.”