WATCH: Birit queen Jona gets sentimental as she performs her "moving on" anthem, "Help Me Get Over," live on the Wish 107.5 BusLive Streaming:...
More 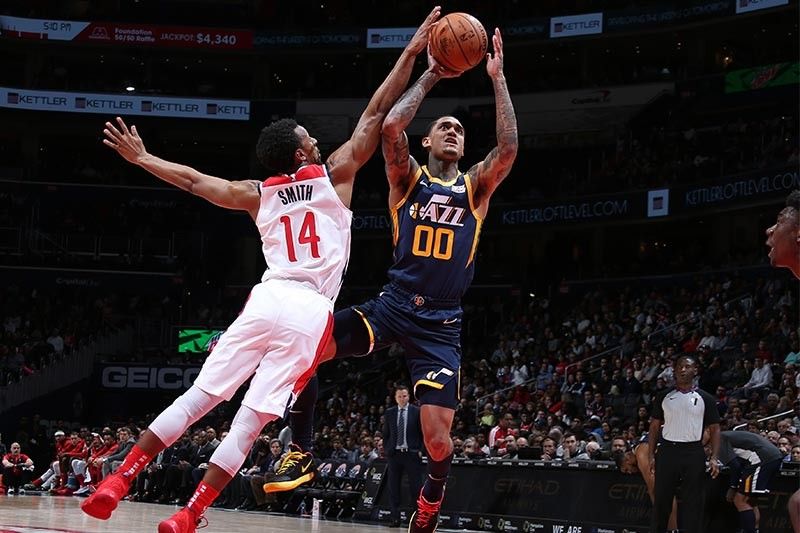 Clarkson targets Sixth Man of the Year award with Jazz

MANILA, Philippines — Already in his seventh year in the NBA, Filipino-American Jordan Clarkson has already had his fair share of success.

Having played for contender teams like the Los Angeles Lakers, the Cleveland Cavaliers, and now the Utah Jazz, Clarkson has no shortage of experience.

But looking forward to the near future, the 2015 NBA All-Rookie First Team member wants to achieve more.

“One goal and achievement that I do wanna have under my belt is win the sixth man of the year award,” Clarkson told Philippine media in a press conference on Saturday.

“I feel like I’m kind of out of the conversation a lot just because I’ve been traded to multiple places a lot,” he added.

This time, however, with an expected longer tenure with the Utah Jazz, Clarkson wants to make the most of it.

“Just having the opportunity to come out there and be with this organization is gonna be great for me,” he said.

After being traded to the Utah Jazz in the middle of last season from Cleveland, the 28-year-old recently signed a four-year extension with Utah.

More than his individual accolades, Clarkson aims to contribute to his best ability with Donovan Mitchell, Rudy Gobert and the rest of the Jazz.

“I’m gonna come out there and perform,” he declared.

The Utah Jazz open their NBA season on Wednesday (Thursday, Manila time) against the Portland Trailblazers after their postseason finish last year.