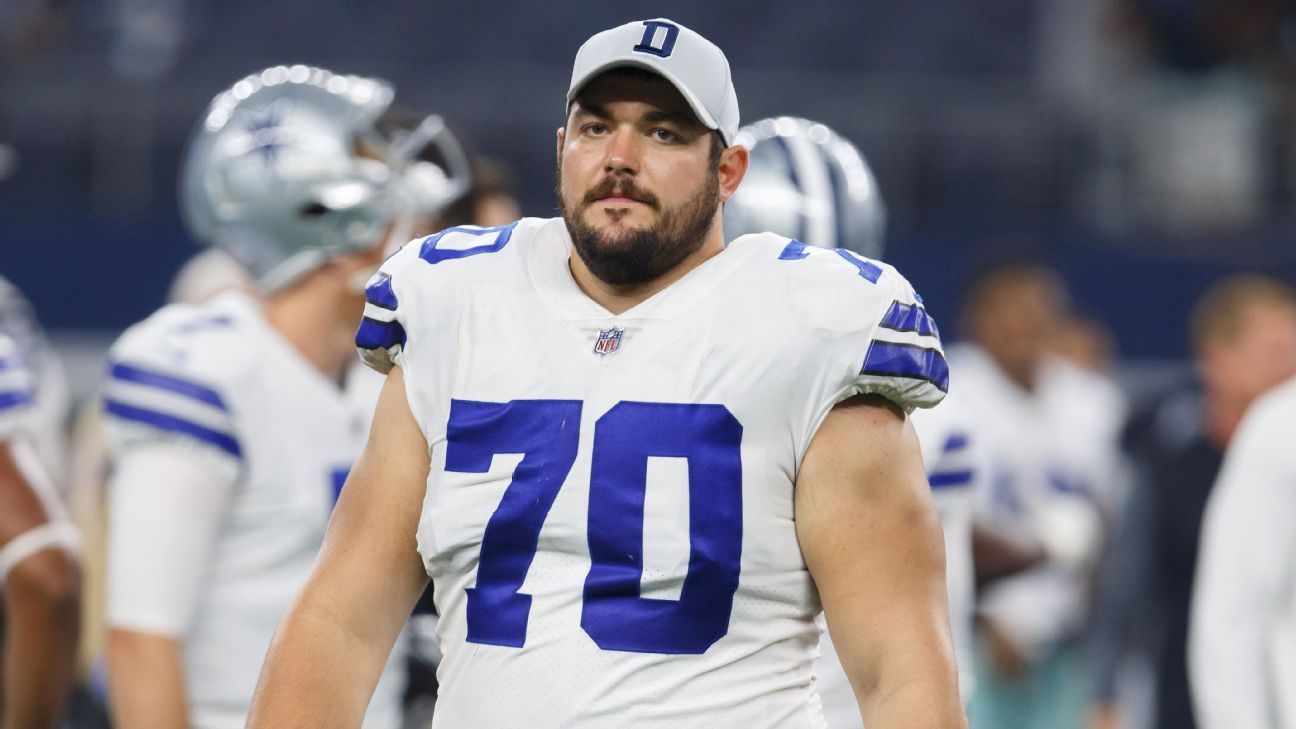 ARLINGTON, Texas – The Dallas Cowboys have lost another starter on their offense with Pro Bowl right guard Zack Martin suffering a concussion with 5:07 left in the first quarter against the Arizona Cardinals.

He was ruled out as the second half began with the Cowboys trailing, 21-3.

Martin spent a considerable amount of time in the blue tent getting looked at by the medical staff. He headed to the locker room at the start of the second quarter.

The Cowboys are playing their first game without quarterback Dak Prescott, who suffered a compound fracture and dislocated right ankle in last week’s win against the New York Giants. The Cowboys placed Prescott on injured reserve on Monday and he faces a 4-6 month recovery period.

A once-vaunted offensive line is now gutted. Pro Bowl center Travis Frederick retired in the offseason. Pro Bowl left tackle Tyron Smith had season-ending neck surgery last week. Right tackle La’el Collins is on injured reserve because of hip surgery and did not play a down this season.

Joe Looney, who replaced Frederick, is on injured reserve with a knee injury but expected to return. In the season opener, the Cowboys lost tight end Blake Jarwin to a torn anterior cruciate ligament.

The Cowboys scored a season-low 3 points in the first half.