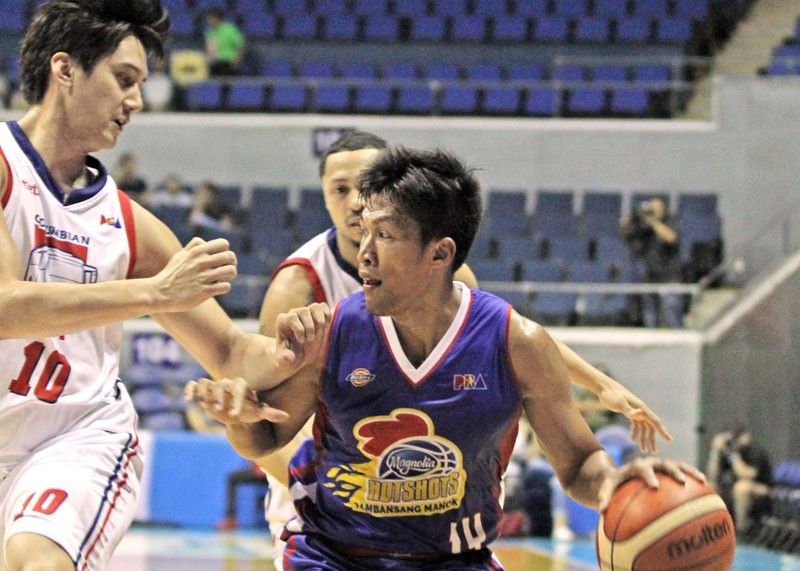 MANILA, Philippines — Magnolia has given veteran playmaker Mark Barroca a fresh three-year deal as he’s set to anchor the Hotshots in their quest for redemption in the next PBA Philippine Cup.

“He’s one of our key players, and I’m expecting him to lead our team again to achieve our goal,” Victolero added of the 10-year pro.

The 34-year-old Barroca is tipped to spearhead Magnolia’s backcourt army that includes Paul Lee, Jio Jalalon, Chris Banchero and Justin Melton as they aim to contend for the crown jewel again after a disappointing campaign in the last All-Filipino bubble in Clark.

After back-to-back runner-up finishes in the Philippine Cup in 2018 and 2019, Magnolia took an early exit in the bubble tournament last year, losing to No. 2 and twice-to-beat side Phoenix in the quarterfinals, 88-89.

Barroca’s fresh deal, details of which weren’t divulged, could serve as a fitting way to mark his decade-long stint with the franchise. The 5-foot-10 guard has been with the franchise since turning pro in 2011 and has played a pivotal role in the team’s grand slam feat in 2014.

“I’m so thankful to Magnolia management for their trust,” said Barroca, the longest-tenured player in the team.

The seven-time All-Star and two-time Finals MVP has played 453 straight games with the franchise and is poised to continue the streak in the league’s 46th season this April.

Meanwhile, former La Salle captain Andrei Caracut has thrown his hat in the 2021 PBA Rookie Draft set March 14, adding depth to the draft class shaping up as the most stacked in recent years.

Coming off an Alab Pilipinas stint before the pandemic, Caracut led the latest batch of applicants including Tzaddy Rangel and ex-San Beda big man Jun Bonsubre.

The sweet shooting guard was a member of the Green Archers team that won the UAAP championship in 2016.

He is looking to join in the pros La Salle teammates Jeron Teng and Abu Tratter of Alaska, Phoenix’s Jason Perkins, Rain or Shine’s Norbert Torres and TNT’s Kib Montalbo.

Bonsubre, on the other hand, was a former NCAA champion with the Red Lions while Rangel had stints in La Salle Greenhills and NU before his ABL jump. The three applicants pushed the PBA draft entries to 40, with still a bunch from overseas, collegiate and amateur ranks anticipated to join before the Jan. 27 deadline.