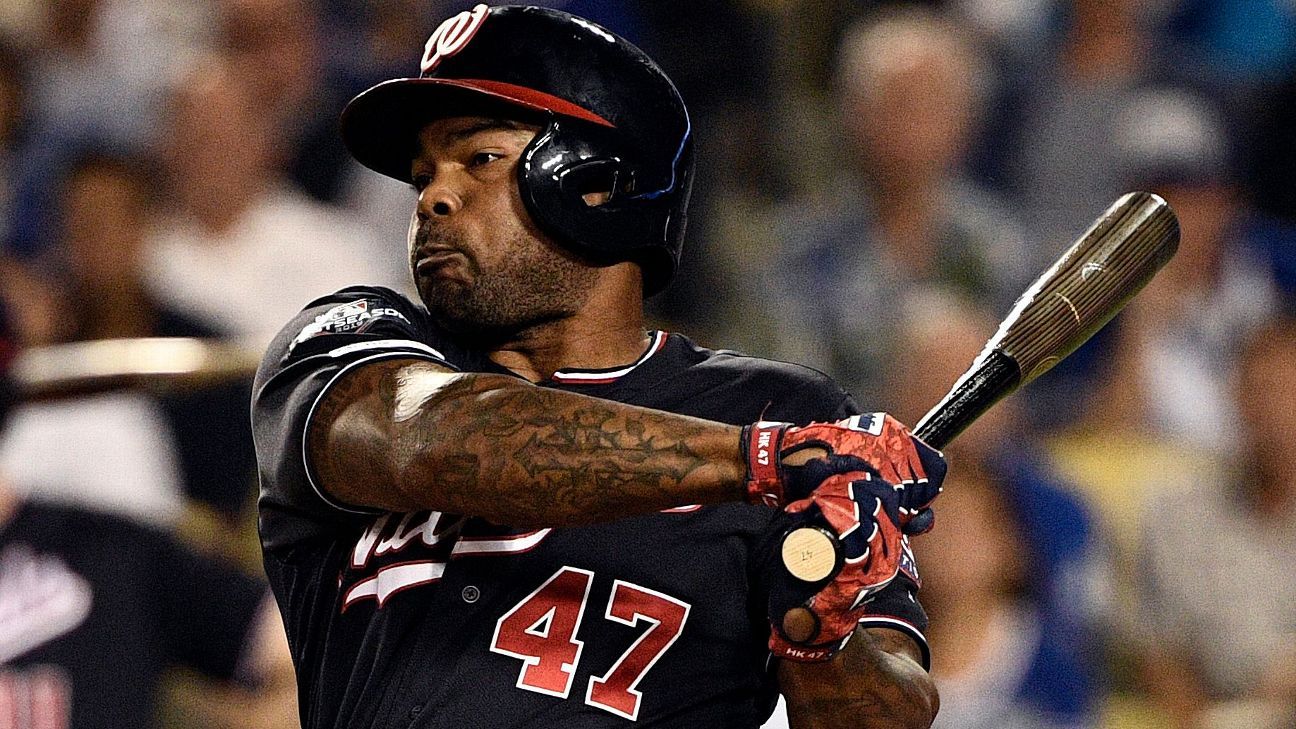 In an Instagram post, Kendrick thanked each of the teams he played for in the majors, finishing with the Washington Nationals, the team he won a World Series title with in 2019.

“To the fans, without your support and love for the game, our stage and lights would not shine as brightly as they do. Know you will be missed as well. I will always love the game of baseball and will constantly reflect on the lifelong memories made. For now, it’s time to drop the mic and enter a new stage of my life,” he wrote.

In 2019, Kendrick was the MVP of the National League Championship Series and hit the go-ahead homer in Game 7 of the World Series to help the Nationals win the franchise’s first title.

Kendrick, 37, hit .275 with two home runs and 14 RBIs during the pandemic-shortened 2020 season for the Nationals. The team declined his $6.5 million mutual option for 2021 after the season, and he received a $2.25 million buyout from Washington.

The veteran infielder went on the injured list with a left hamstring injury on Sept. 9 and was shut down for the season. In four seasons with the Nats, Kendrick hit .316 with 30 home runs and 113 RBIs.