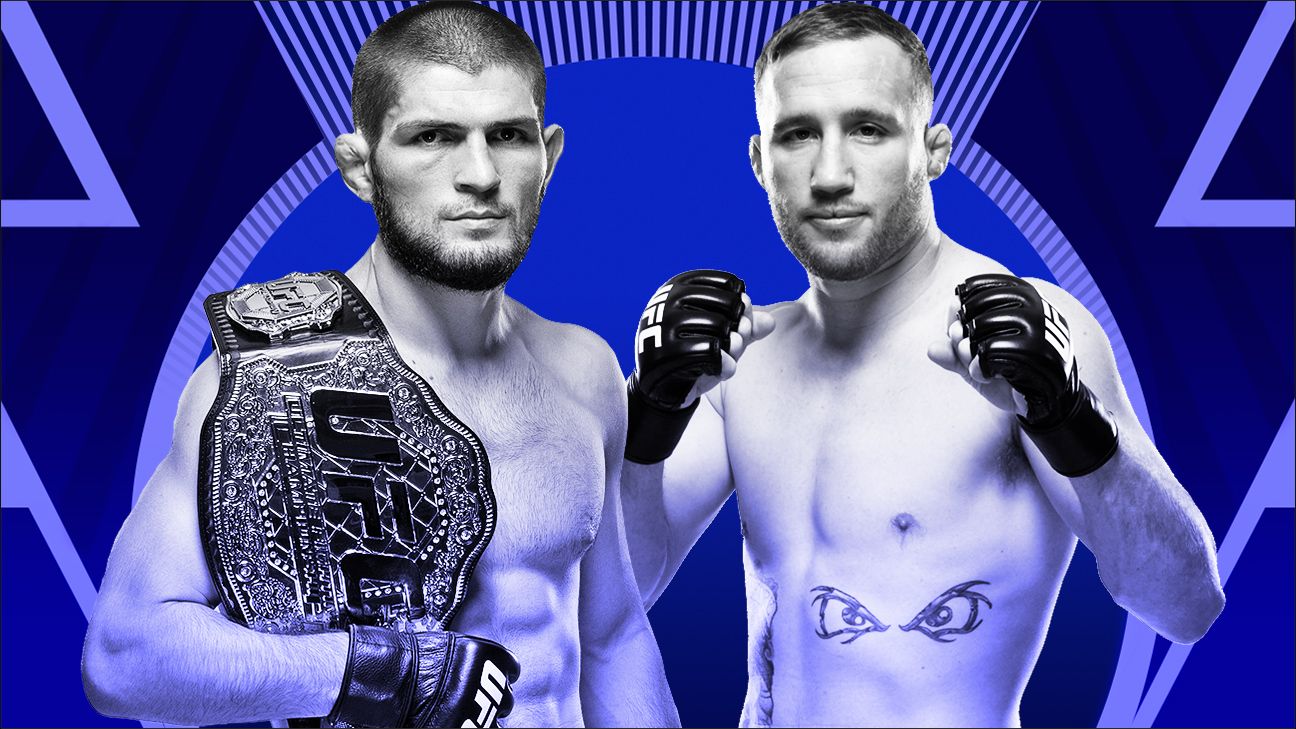 One of the biggest UFC fights of the year is now official.

Khabib Nurmagomedov and Justin Gaethje successfully weighed in Friday in Abu Dhabi, United Arab Emirates, for their UFC lightweight title unification bout. Nurmagomedov and Gaethje each weighed right at the limit of 155 pounds.

Nurmagomedov, the first fighter to hit the scale, stripped down naked to make the mark, needing the aid of a towel. He had his head in his hands and breathed a sigh of relief when he saw he had made weight.

Nurmagomedov, ESPN’s top pound-for-pound fighter in the world, comes in as the undisputed UFC lightweight champion, while the No. 8-ranked Gaethje is the interim champ. The two will compete to unify the belts on Saturday in the main event of UFC 254 on Yas Island, which the UFC has dubbed “Fight Island.”

ESPN has the undefeated Nurmagomedov ranked No. 1 in the world at lightweight, with Gaethje at No. 2.

Nurmagomedov (28-0), 32, of Dagestan, is 12-0 in the UFC and has rarely even lost a round. He holds wins over the likes of former UFC lightweight champions Conor McGregor and Rafael dos Anjos, as well as Dustin Poirier in his most recent bout at UFC 242 in September 2019.

Gaethje (22-2) has won four straight bouts. The Arizona native is coming off an interim title victory with a fourth-round TKO over Tony Ferguson at UFC 249 on May 9. Gaethje, 31, is nicknamed “The Highlight” because of his exciting, all-action style. The former World Series of Fighting lightweight champion has not gone to decision in six years.

Former Bellator three-time lightweight champion Michael Chandler, newly signed by the UFC, weighed in Friday as a backup for the title fight. He made 155 pounds even.

Welterweight Alex Oliveira, who was scheduled to fight Shavkat Rakhmonov in the prelims, missed weight by 2 pounds, coming in at 173. The bout will go on as scheduled with Oliveira forfeiting 20% of his purse.

Joel Alvarez weighed in at 159.5, 3.5 pounds over the lightweight limit. Alvarez, who will forfeit 30% of his purse, is scheduled to fight Alexander Yakovlev in the early prelims.