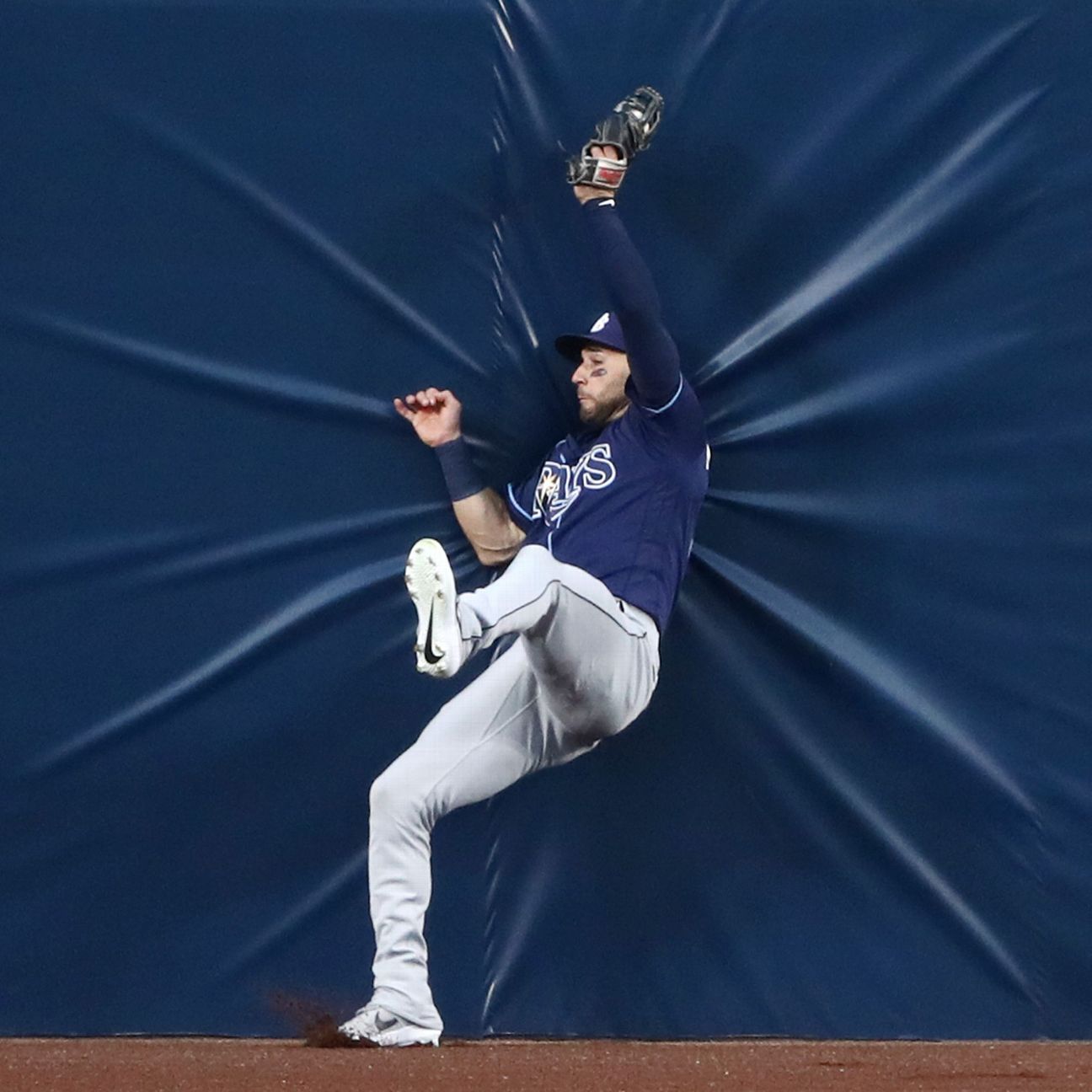 ARLINGTON, Texas — Add Tampa Bay Rays outfielder Kevin Kiermaier to the list of players who don’t like how the Gold Glove nominees were determined in 2020 after the three-time winner was left off the list of finalists Thursday.

“I was very surprised,” Kiermaier said before the Rays’ 6-2 loss in Game 3 of the World Series on Friday. “And once that emotion left me, I was disappointed. I was upset. I feel like what I did out there, defensively, was underappreciated this year.”

Finalists for the Rawlings Gold Glove Award at each position were picked purely by numbers this season, and the process did not include input from managers or coaches as it usually does. In the past, a computer component was part of the process — but not the entire one.

“I wasn’t flawless by any means, but I thought I was darn good out there, and not to be considered top three … I don’t know,” Kiermaier said. “I’d be lying if I said I wasn’t upset about it.”

Kiermaier knew he’d be asked about the snub so he claimed he wanted to “tread lightly” in his Zoom call with reporters. He didn’t make an error in 2020, was No. 1 among center fielders with 10 defensive runs saved and ranked second at his position with six assists.

“It’s the thing on this planet I know the most,” Kiermaier said. “I don’t know much about math equations or even hitting, but when it comes to outfield defense, I could sit here and talk to anyone about it for as long as possible. It is what it is.” Rays manager Kevin Cash didn’t mince words about his feelings on the subject, either.

“I get to see KK every night,” Cash said. “As far as I’m concerned, he’s the best defensive player on whatever field he’s on.”

Added Kiermaier: “If it’s solely based on the computer and the numbers, I don’t know what numbers that computer was looking at, but I believe they got it wrong. That’s my opinion, but I think there are a lot of other people out there that would agree with me.”

The American League champion Rays didn’t have a single player listed among the finalists. Kiermaier and Cash both made cases for shortstop Willy Adames and infielder Joey Wendle.

“We’re built on our defense,” Cash said. “Whether it’s an individual or not, as a team we do some really special things defensively.”

Kiermaier said the snub will only motivate him for next season and is comforted by the fact the Rays have their eyes on a bigger prize: a World Series championship.

“I’m disappointed that none of us were nominated, but we have bigger things going on and bigger goals in mind,” Kiermaier said. “Not even being a nominee in the top three, that’s where I had to scratch my head and think it over. It’s OK. Life is good.”