ASHBURN, Va. -- Washington Football Team quarterback Alex Smith decided long ago that he wanted to push hard during his recovery to see...
More 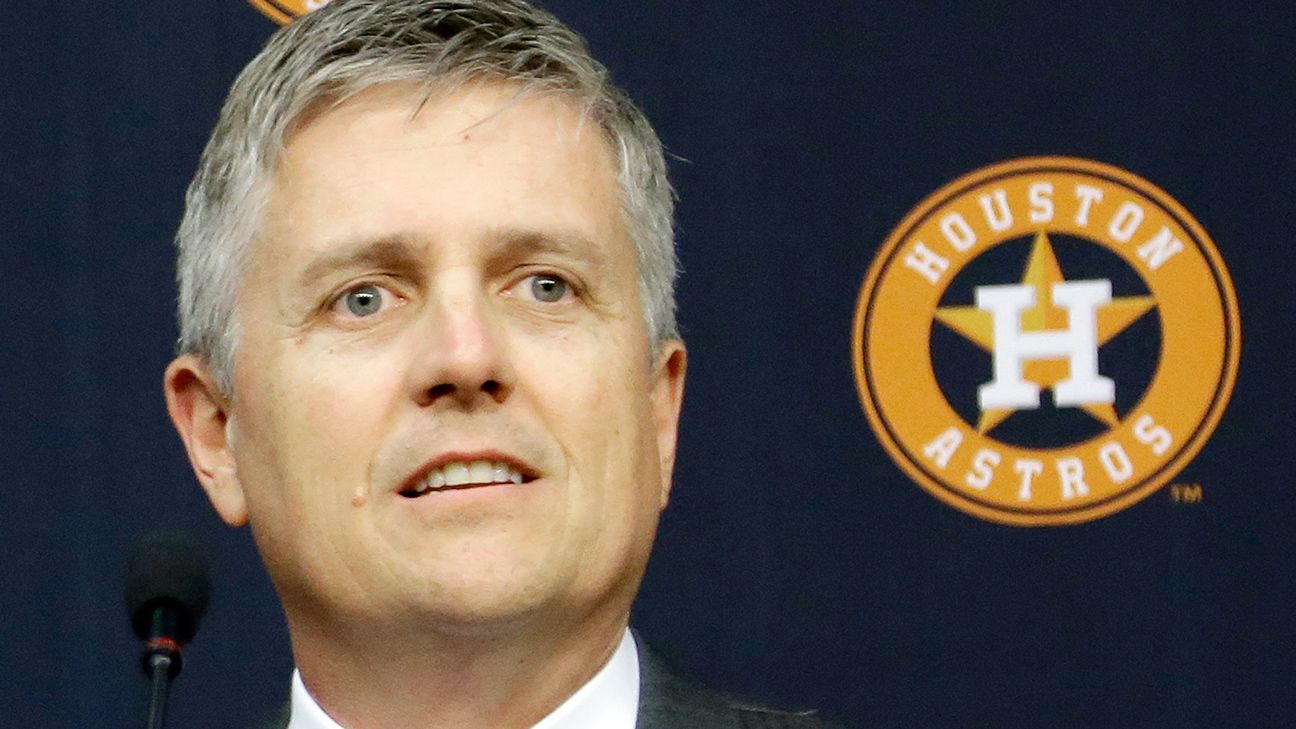 Former Houston Astros general manager Jeff Luhnow, in an interview that aired on Monday, once again denied that he knew about the team’s sign stealing in 2017 and ’18, and said individuals who were involved with the scandal are still working for the club.

Luhnow, in his first public comments since issuing a statement after being fired in January, told Houston TV station KPRC he got access to 22,000 text messages from Astros video room personnel after he was fired because of the scandal. He said the messages clearly show the scope of the cheating and exonerate him from wrongdoing.

“It’s pretty clear who was involved in the video-decoding scheme, when it started, how often it happened and basically when it ended. And it’s also pretty clear who was not involved,” Luhnow said. “And I don’t know why that information, that evidence, wasn’t discussed in the ruling, wasn’t used. The people who were involved that didn’t leave naturally to go to other teams are all still employed by the Astros.

“In fact, one of the people who was intimately involved, I had demoted from a position in the clubhouse to a position somewhere else, and after I was fired, he was promoted back into the clubhouse. So none of those people faced any repercussions. They weren’t discussed in the report, but the evidence is all there that they were involved.”

Luhnow said the texts were part of Major League Baseball’s investigation into the cheating and that the Astros had access to them, as well.

“The 22,000 electronic messages that Jeff talked about over and over again were a fraction of the evidence in the case,” Manfred said. “There was a lot of other evidence — electronic, testimonial — which indicated Jeff’s culpability in this matter.

“Secondly, whether he exactly knew what was going on or not is really beside the point. After the Apple Watch incident [when the Red Sox used the devices to steal signs against the Yankees], I wrote to all the GMs. I put them on notice that it was their obligation to make sure that their organizations were not violating any of the sign-stealing rules.

“I think it’s pretty clear from the facts that Mr. Luhnow failed to discharge that obligation. He damaged the game, and as a result, he was disciplined.”

A league investigation confirmed the Astros had cheated by using a camera-based, sign-stealing system during the regular season and playoffs of their World Series-winning 2017 season and during part of the 2018 regular season.

MLB announced its discipline of the Astros in January, suspending Luhnow and manager AJ Hinch for the entire 2020 season while stripping the organization of four draft picks and levying a $5 million fine. Luhnow and Hinch were fired by owner Jim Crane shortly after the league’s punishment was announced. Luhnow first denied any wrongdoing in a statement in January.

Luhnow also told KPRC-TV that he met with Manfred at the league’s offices in New York after receiving a letter detailing the accusations against him. Luhnow said he presented to Manfred a lengthy binder containing emails, documents and testimony to counter the allegations. Luhnow also said he asked Manfred if a lie detector test could be administered on him.

“He turned down my offer to do a polygraph test. I don’t know how much of the 150-page binder he read, but none of it made its way into the final report, so frankly, he had his mind made up,” Luhnow said. “He was going to punish me. There was nowhere else to go. He was going to punish AJ [Hinch], as well, and AJ admitted that he knew.”

Luhnow added: “They found something that they believe is evidence. It’s not. I refuted it very quickly and thoroughly, but it was enough for them to feel good about suspending me.”