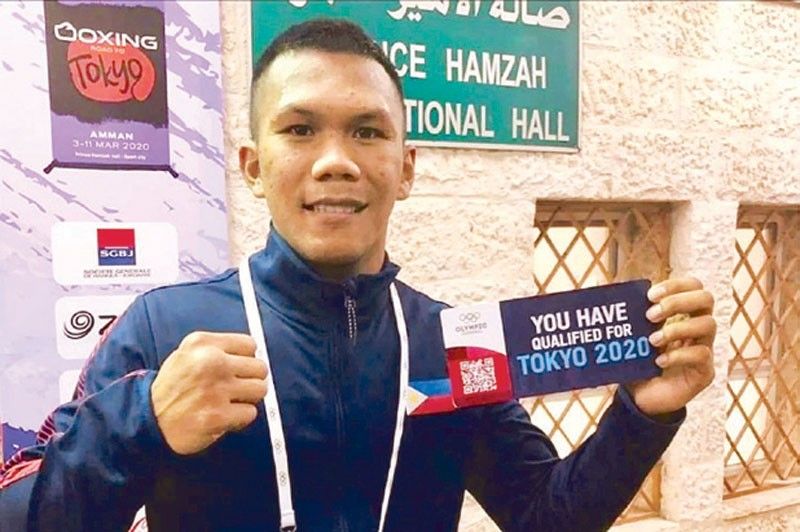 MANILA, Philippines — Tokyo Olympic middleweight boxing qualifier Eumir Marcial is expected to stay in Los Angeles until after his next pro fight in March and possibly up to April when IBF superflyweight champion Jerwin Ancajas defends his crown against Mexico’s Jonathan Rodriguez then will return home for the final stages of training in his bid to capture the country’s first gold medal in the Summer Games.

Marcial, 24, arrived in L.A. last October to train with Freddie Roach, Marvin Somodio and strength/conditioning coach Justin Fortune as arranged by MP Promotions head Sean Gibbons. Last month, he made his pro debut, scoring a shutout decision over Andrew Whitfield in L.A. A slot was set aside for Marcial to join the ABAP pool in bubble training at the Inspire Sports Academy in Calamba but it appears that he’s staying put in L.A. for the meantime. Marcial is also likely to skip a possible training camp with the ABAP team in Thailand. ABAP is preparing fighters to seek Olympic tickets in the final world qualifiers in May or June.

Gibbons will arrive in L.A. from his Las Vegas home today and meet with Marcial to finalize his training plans. “I’m looking at Eumir training the next two months in L. A. and doing one more fight then going back to Manila,” said Gibbons. “The goal is gold. I will consult Eumir and get his feeling on the best way to prepare for Tokyo. Eumir has Marvin and Freddie full-time when he trains in the afternoon and Justin in the morning. He also has Jerwin, Joven (Jimenez) and Jonas (Sultan) full-time at the house. My son Brendan or I bring him to the gym every day. He has the A-Team treatment. Let’s pray there is a Tokyo Olympics.”

Sparring is a critical consideration in Marcial’s training program because at his weight, there is a dearth of talent in the Philippines. In L.A., Marcial has the pick of the best sparring partners available. He stays in a home in L.A. with Ancajas, Jimenez and Sultan where they work out in a makeshift gym with a 16×16 ring in the backyard. For the holidays, they went to Las Vegas. Jimenez returned to L.A. last Dec. 30 while Gibbons’ son Brendan took Ancajas, Marcial and Sultan on a 10-day road trip to Arizona and Texas. They’re now all back in L.A. Marcial took his mandatory COVID-19 test yesterday and the result is expected today. The plan is to report back for training by Monday at the latest.