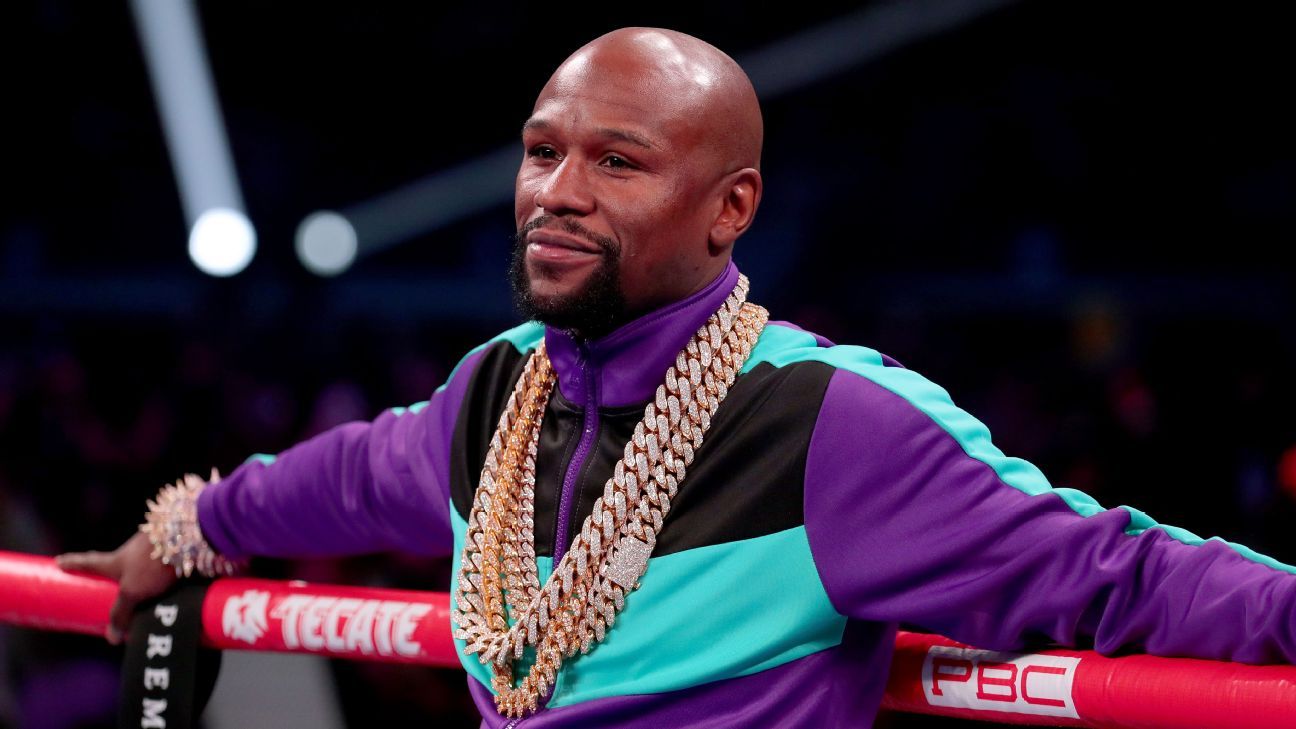 Floyd Mayweather Jr. is the latest voice to criticize the growing number of championships in boxing.

In an interview ahead of a title fight between Gervonta Davis and Leo Santa Cruz, Mayweather chastised those in boxing for the litany of title belts throughout the sport, especially the sanctioning bodies with multiple champions within a single division.

“This is not good for the sport of boxing,” Mayweather said in an interview with Showtime. “Now when a fighter fights, every fighter is a champion.”

There are four major recognized sanctioning bodies: the WBA, WBO, IBF and WBC. The WBA has “super” versions of its belt, one of which is held by Davis (23-0, 22 KOs) heading into his fight against Santa Cruz (37-1, 19 KOs). Mayweather admitted that even his promotional company deserves blame for the trend.

The former pound-for-pound champion’s comments came less than a week after a lightweight unification bout between Teofimo Lopez and Vasiliy Lomachenko. Lopez, who won via unanimous decision, was billed as the undisputed champion because the WBC’s franchise belt was at stake. However, ESPN recognizes Devin Haney as the WBC’s top 135-pounder.

In an interview with The Athletic, WBC president Mauricio Sulaiman claimed Lomachenko-Lopez wouldn’t have happened and would have been less lucrative without the WBC franchise belt. Sulaiman defended the organization’s practices.

“I am proud to have a designation for those who are really the driving forces of boxing,” Sulaiman said.

Others have disagreed with the system that has created significant confusion among boxing fans. Mayweather argued that the main reason for the multiple belts is for sanctioning bodies such as the WBC and the WBA to collect more money on sanctioning fees.

Unlike major sports, boxing lacks a single unified governing body to create rules and regulations. Those tasks are typically left up to the state athletic commissions and organizations such as the WBC. With his latest comments, Mayweather has joined the growing group of voices concerned about where things are heading.

“We gotta clean the sport of boxing up,” Mayweather said. “This don’t look good.”