Barbie Almalbis delivers a nostalgic performance of "Tabing Ilog" live on the Wish 107.5 Bus! The song became a teenage anthem back in the...
More 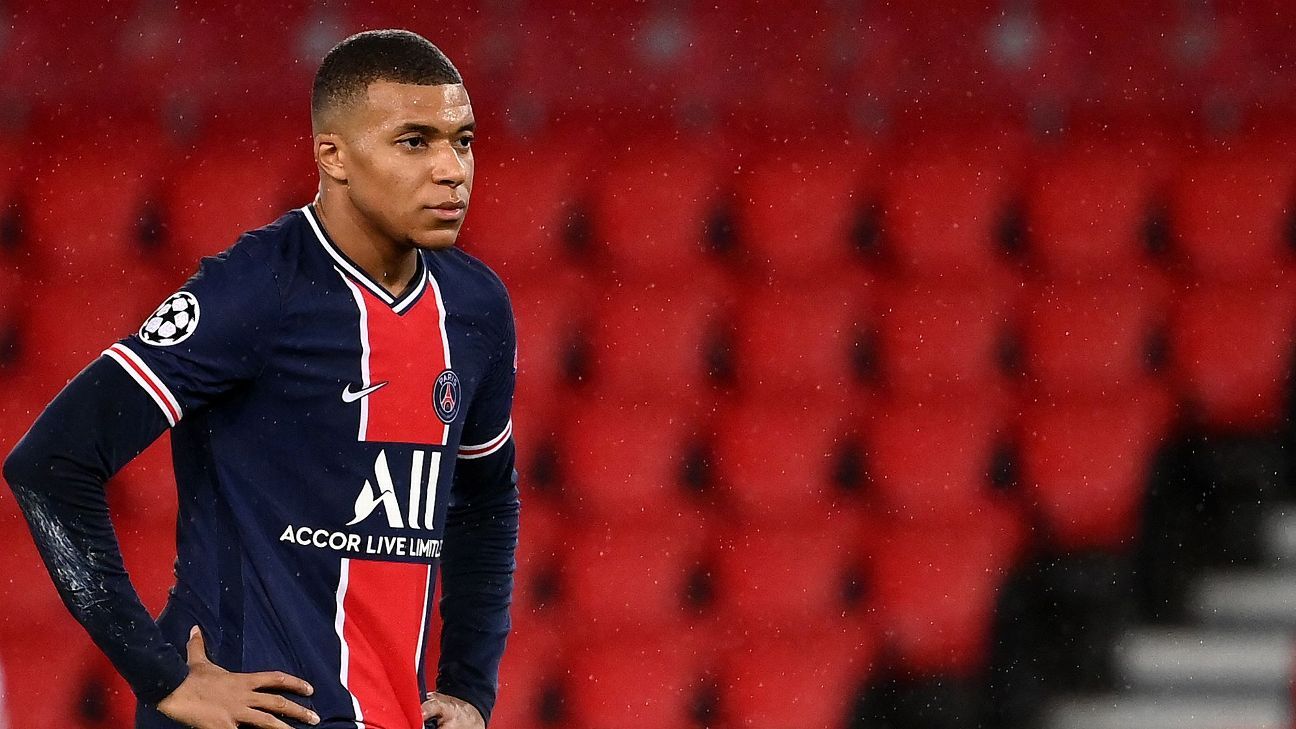 Ask Kylian Mbappe and he will tell you. He knows all his stats: how many goals he’s scored, when he scored them, how and where they came. He can recall everything. He even counts the goals he scores in training. He is extremely detail-oriented when it comes down to his figures, his ratios and his performances. He knows he has six goals in five Ligue 1 matches already this campaign.

Yet all this knowledge can also be a negative. For example, Mbappe is well-aware of his Champions League drought. It’s been six games since he netted in the best club competition in world football — that’s a long time for a player like him.

There are explanations for the France international’s difficulties at the moment. He was average, like everyone else in a Paris Saint-Germain shirt, in the round-of-16 first leg at Borussia Dortmund, but he did provide the vital assist to Neymar in their 2-1 loss. He was ill for the second leg and only came on in the second half when PSG were already 2-0 up and cruising towards the quarterfinals. He wasn’t 100% fit for the quarterfinals following the ankle injury he suffered in the Coupe de France final. He was decisive against Atalanta after coming on for the final 30 minutes, but he was not himself against RB Leipzig in the semifinal or Bayern Munich in the final. All that said, he had chances in both games, but didn’t take them.

Then there was the Manchester United game last week. Mbappe’s performance that night in PSG’s group stage opener sparked a fresh debate over his contributions. He didn’t run enough against United — almost two kilometres less than Marcus Rashford, and with half as many high-intensity sprints. He lost the ball 13 times, only completed 81% of his passes and 50% of his dribbles, and just didn’t create enough nor threaten enough in David De Gea’s box despite starting as the lone centre-forward.

His stat line: one chance created, one key pass and two shots on target. That’s all.

PSG relied on him, and he didn’t deliver.

Despite all Mbappe’s talent and trophies, despite all his goals and records, there remain some inexplicable question marks. Some former players question his positioning, while others mention the lack of effort; or is it the individualistic side of him that’s the problem?

Mbappe hears the criticism, even acknowledging it in an interview on the club’s website this week. “There are games where I was not good but I continue to improve,” he said. “I know that everything is not perfect, but I have showed that I was capable of playing for my teammates while still keeping my desire to score because that, as well, can win us matches.”

Then there is the influence of Neymar. They get on so well that at times that it seems like they only want to play together. Mbappe, like the Brazil international, tried too hard to win the game on his own against United, and from this disappointment comes a fresh criticism of manager Thomas Tuchel, too. If PSG were better collectively, Mbappe and Neymar surely would be less individualistic. If they had movement around them and plenty of options, they likely wouldn’t try so hard to find the solution on their own. Taking on a whole opposition defence by yourself is hard, even when you are as talented as Mbappe.

He is a phenomenon, the kind of player that comes along once in a generation. But he’s also 21, and still transitioning from being a wide player — which he’s been for most of his career — to a centre-forward in the vein of Thierry Henry. It’s not easy, especially when he’s physically not at his best.

“The start of the new season has been tough physically, but also mentally because there was no preseason,” he said to PSG’s website. “We came back from the Champions League final at the end of August, then we went straight with the national team, some players had [positive tests for] COVID-19. It was odd. Mentally, it’s difficult to get over it.

“In my mind — and there are a few others who feel like this — this is not a new season. It is the continuity of last season. For me, we are at the 60th game of the season, not the ninth. It is a marathon that continues. It is not easy. Usually, you play the Champions League final, you win or you lose, but then you have a break. For us, we lost the final and we had to play again straight away.”

There is also the proverbial elephant in the room, one that could be impacting Mbappe’s performances: his future. His contract in Paris expires in the summer of 2022 and at the moment, there is no progress on discussions to extend it. A new deal is the priority for PSG and sporting director Leonardo, but it’s not the priority for Mbappe. The club will push, and might well get him to sign a new deal, or nothing could happen and he will move closer to the exit as time goes on. Sources told ESPN that the two camps met last week, but nothing concrete came of it. There is still time for him to commit, but he wants assurances that PSG will build a great team for years to come if he is to stay.

But if he were to leave, where would he go?

Real Madrid is his absolute dream, and the fact that they didn’t spend any money and didn’t sign anyone in the summer suggests that Los Blancos are preparing a big offer for him.

Liverpool is the other club he would like to join. He is a huge admirer of Jurgen Klopp’s team and loves the ethos of the club. Can they afford him? That’s the big question. He will cost around €200 million, with wages between €25m and €30m (gross) a year — a raise from his €21m annual salary in the French capital. By next summer, he might have won the Euros with France, the Champions League with PSG and scored countless more goals along the way, meaning his value — and his demands — could grow even higher.

Before thinking about all of that, though, he needs to focus on the present and ending his Champions League goal drought. Istanbul Basaksehir will be his next opportunity to lay the groundwork for what could be a summer of fireworks in 2021.