Trending Videos – Signal No. 3 up in Catanduanes as ‘Rolly’ approaches closer to land 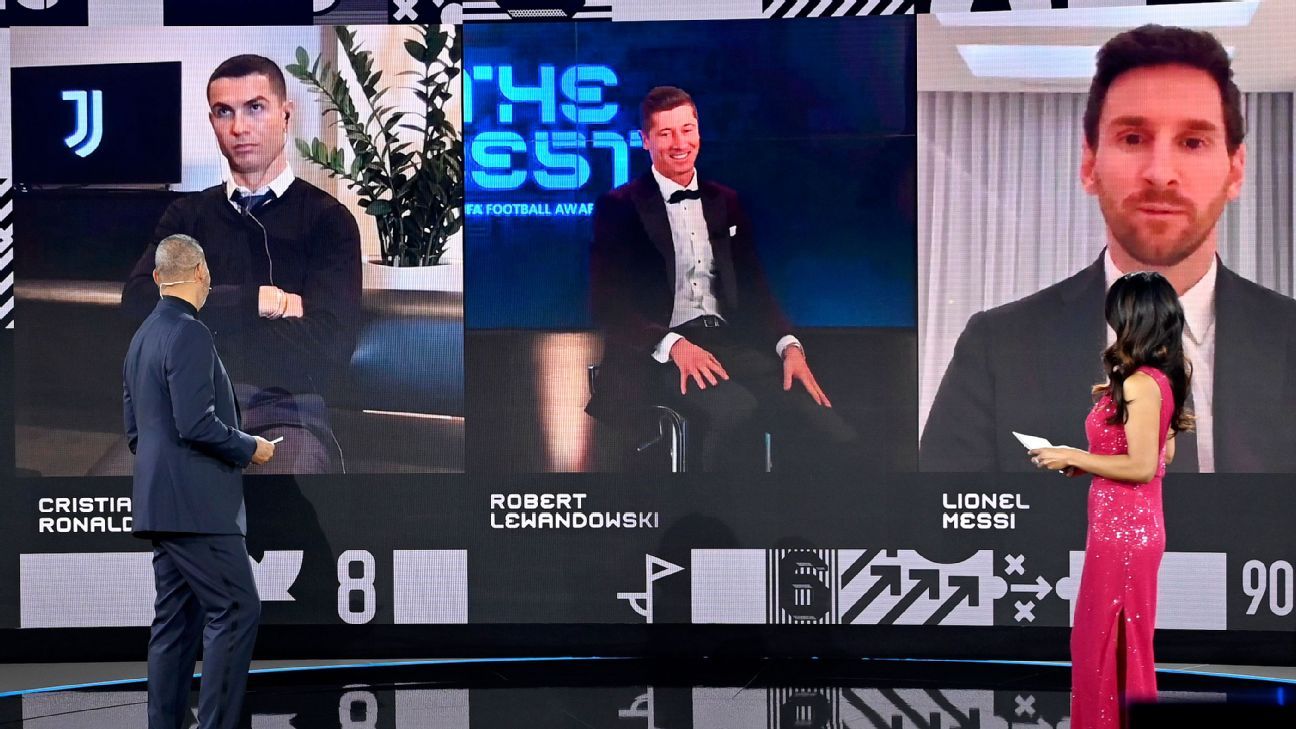 FIFA held their annual The Best Awards in Zurich on Thursday night, with Robert Lewandowski beating Lionel Messi and Cristiano Ronaldo to the top prize.

The Poland international was named FIFA Men’s Player of the Year after rattling away 55 goals in just 47 appearances in Bayern Munich‘s treble-winning season.

He finished as top goal scorer in the Bundesliga, the DFB-Pokal and the Champions League.

At the precise moment Lewandowski’s name was announced by the hosts, one of his fellow contenders — watching on remotely — was positively overcome with emotion.

Of course, the image doesn’t tell the whole story as it soon emerged Ronaldo had actually voted for Lewandowski as his first choice to win the FIFA Best Men’s Player of the Year award.

The Juventus superstar also voted Messi as his second pick and Kylian Mbappe in third, while Messi himself did not return the compliment.

Indeed, the Barcelona man opted for Neymar as his player of the year, with Mbappe and Lewandowski in second and third place, respectively.

Lewandowski’s FIFA Player of the Year win was the first for a Polish player or a player from a German club since its inception in 1991.

I will repeat what I said a while ago. Never stop dreaming🙏 Thank you so much for this award, it’s an incredible honour to receive this tonight🏆 Dziękuję! #TheBest @FIFAcom

It also breaks a streak of 11 consecutive years (since 2009 onwards) that the recipient — either of FIFA World Player of the Year, the FIFA Ballon d’Or or FIFA The Best — hasn’t played for either Barcelona or Real Madrid.

Indeed, since 2009 onwards the award has been claimed six times by Messi, four times by Ronaldo and once by Luka Modric. Ronaldo also won it in 2008, but was playing for Manchester United at the time.

It’s also worth noting that Messi and Ronaldo have finished in the top three for FIFA’s annual award as far back as 2007 (when Kaka won), a feat the mercurial pair are still managing to repeat 13 years on down the line.

The gala evening also saw the FIFPro Men’s World XI announced for 2019-20, with Messi and Ronaldo both making the “Team of the Year” cut for the 14th year running, from 2007 to present day.

Sadly, there wasn’t a place for Derby County centre-back Curtis Davies despite the 35-year-old apparently seeing his name on the team sheet.

After what’s been a really tough 2020 I’m honoured to be named in the FIFA Best Men’s X1!

After the three passes I completed on my left foot last season, they even put me left back #TheBest🏆🤣 pic.twitter.com/Ihari9h3pD

The Davies in question of course being Alphonso Davies, who also made his FIFPro XI debut at left-back after a phenomenal breakthrough season with Bayern.