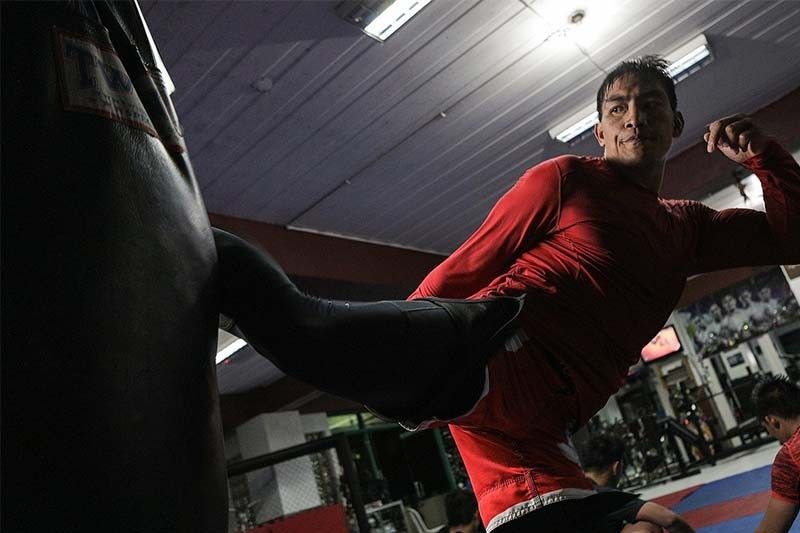 ‘Not in my vocabulary’: Eduard Folayang dismisses retirement talks

MANILA, Philippines — Eduard Folayang is responding with a loud and clear “no” to questions regarding his retirement.

The two-time former ONE Lightweight World Champion, already at 35-years-old, has long been considered close to hanging up his gloves.

But if the Baguio-based fighter is to be asked, he is in no way near the end of his career.

“I know there are a lot of people who think I should retire… That’s understandable. But the word retirement is not yet in my vocabulary,” said Folayang.

“I believe there is still a lot of potential to be unleashed,” he added.

The fighter out of famed stable Team Lakay has to prove himself though, having lost three of his last four outings in ONE Championship.

Folayang is therefore faced with a must-win situation in ONE: Inside The Matrix on Friday, where he will face a much younger foe in Australia’s Antonio Caruso.

Instead of looking at his struggles negatively, the Team Lakays stalwart believes he can flip those adversities to advantages against Caruso.

“I’m constantly learning even at this age. We have a saying in Team Lakay, ‘you win or you learn’. This means I am constantly getting better with every fight,” said Folayang.

Though critics may be already counting Folayang out because of his age and already lengthy career, no less than ONE Championship’s head honcho Chatri Sityodtong believes that Folayang still has a lot left in the tank.

“I think there’s many times in the last few years where Eduard Folayang was written off by some of the haters but the truth is he’s still very fresh and very strong and very athletic and very intelligent,” said Sityodtong.

Folayang will try to prove he still has what it takes to compete at the highest level when he clashes with Caruso on Friday in Singapore.