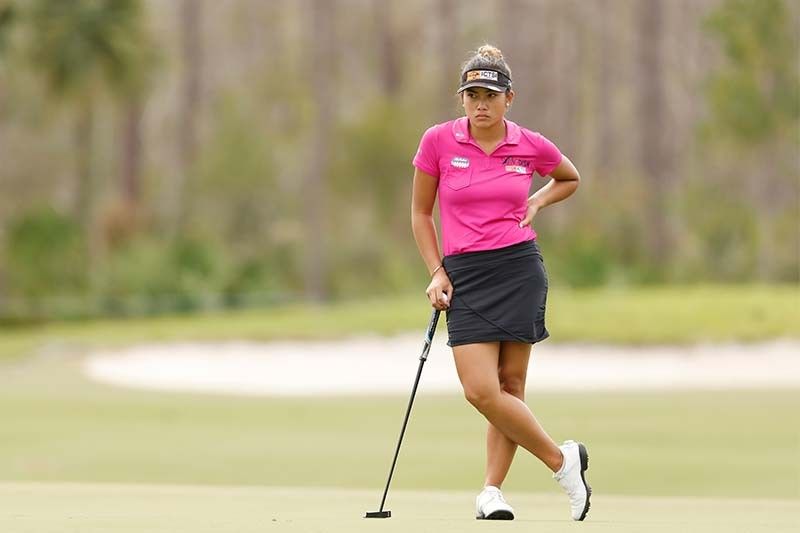 Pagdanganan rips it off but bombs out with 79

MANILA, Philippines — Bianca Pagdanganan went all out off the mound and normed a monstrous 300-yard drive but grappled with her irons and short game as she staggered in a wobbly frontside finish to end up with a 79 in the CME Group Tour Championship now led by world No. 1 Jin Young Ko in Naples, Florida Friday.

After a 255-yard average in her first round 73, the 23-year-old Tour rookie and driving leader unleashed power hits after power hits and missed just one fairway in chilly, blustery conditions at the Tiburon Golf Club’s Gold course. But she reached regulation just 10 times and finished with 32 putts.

With a closing 42, she shot the worst round in a day when the Solaire-backed Ko fired a solid 67 to wrest control at 135, one stroke ahead of fellow Korean and world No. 2 Sei Young Kim, who carded a 69, and erstwhile frontrunner Lexi Thompson of the US, who slowed down with a 71 after a 65 for a pair of 136s.

Ko, who clinched a berth in the select 72-player field with a joint runner-up finish in last week’s US Women’s Open, also moved within 36 holes from winning the season money title in only four events.

Pagdanganan, whose LPGA Tour campaign is sponsored by ICTSI, pooled a 152 for joint 69th with American Kristen Gillman, who skied to a 77, 17 strokes behind Ko.

The smooth-swinging Korean birdied all but one par-5s to reach at nine-under but a slew of aces stood just a stroke or two behind, guaranteeing a wild chase going to the weekend of the no-cut $3 million event offering $1.1 million to the winner.

Aussie Hannah Green shot a 68 for solo fourth at 137 while world No. 3 Nelly Korda rallied with a 66 to tie fellow Americans Cydney Clanton, who turned in a 68, Austin Ernst, who shot a second 69, and Megan Khang, who made a 71, England’s Georgia Hall, who also fired another 69, and German Caroline Masson, who had a 71, at 138.