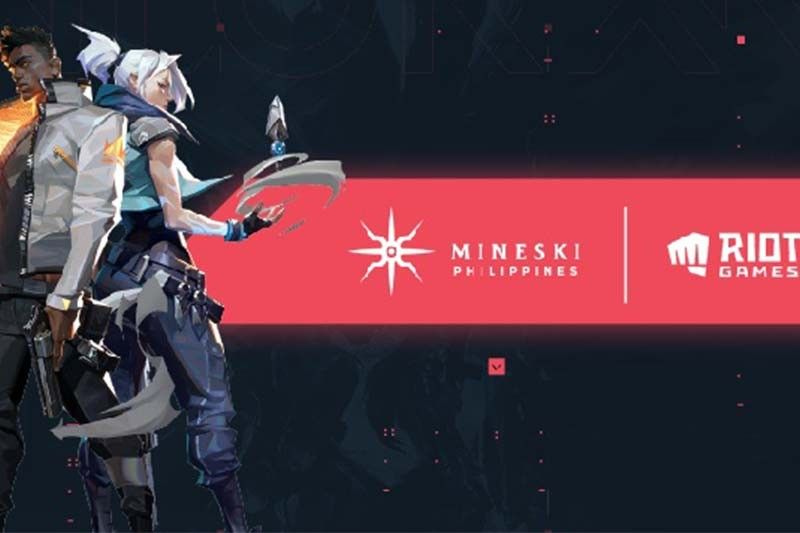 MANILA, Phlippines — The First Person Shooter (FPS) gaming scene in the Philippines is gearing up with a new nationwide tournament, Valorant First Strike: Philippines, as well as recognizing aspiring athletes in the collegiate levels.

“In Southeast Asia, the appetite for Valorant esports has been tremendous and we are pleased to partner with the region’s leading esports organizations, one of them being Mineski Philippines, to introduce new heights of competitive play to the region,” said Chris Tran, Head of Esports at Riot Games Southeast Asia, Taiwan and Hong Kong.

“Given this opportunity, there will be a stronger effort together to bring the best experience for the fans.” expressed MineskiGlobal Founder and CEO, Ronald Robins, in a video during the press conference of the announcement of the partnership.

The Valorant esports tournaments will be run by Mineski Philippines through the Philippine Pro Gaming League in partnership with Globe Telecom starting 2021.

But fans of Valorant already have something to look forward to as we come toward the end of 2020.

Along with other countries in South East Asia, the Philippines will be taking part in this event with Valorant First Strike: Philippines, wherein eight teams with battle it out for the title and a prize pool of P500,000.

“Asian talent has always been struggling in terms of first-person shooter games. Now, with this game coming up [ahead] and we are already starting as soon as everybody else alongside the world. We will not have that disadvantage.” said Robins.

Qualification for Valorant First Strike: Philippines will be via Mineski VxV. Registration is ongoing until October 28, with the open qualifiers to be held in the first two weekends of November.

Besides the national tournament at the end of 2020, Mineski Philippines will also be running Valorant tournaments at the collegiate level with their Youth Esports Program (YEP). Currently ongoing and can be streamed via their Facebook page, the YEP has the National Interschool Cyber League (NICL) Valorant Tournament with a prize pool of P150,000–with around 50 schools having registered already.

“This is an opportunity for the Philippines to be at the starting line with everybody else in the world. Mineski, with their programs of YEP and NICL, we have, not just one but we have 3 or 4 amazing programs to really develop and showcase Filipino esports talent to the world.” added Tran during the press conference.

“For us at the Youth Esports Program, this is a big opportunity to develop a new generation’s esports scene. We expect our collegiate esports athletes to give their best and earn pride for their schools,” said YEP Director Marlon Marcelo.

“It’s been more than a year that the trend has been shifting towards mobile gaming and mobile esports.”