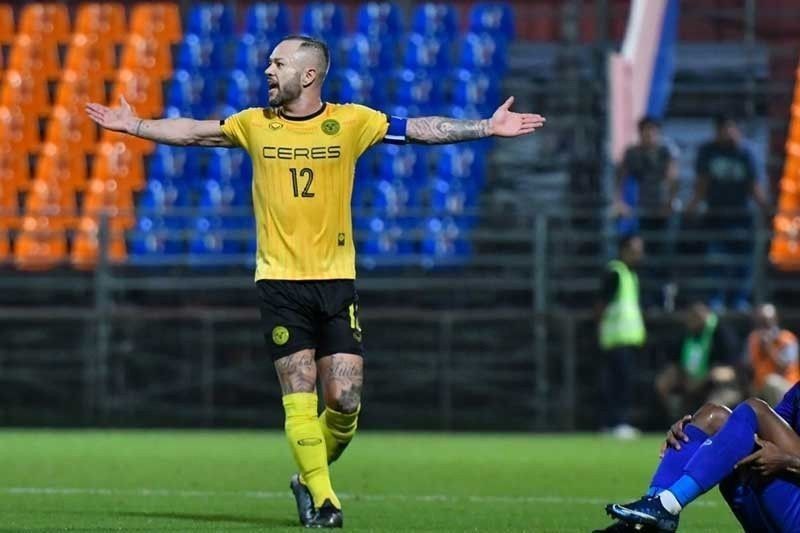 Schrock and 15 of his teammates from the three-peat-winning Busmen including AFC Cup scoring champ Bienvenido Maranon are raring to make another dominant run in the competition set at the PFF National Training Center in Carmona, Cavite.

“I think my team is pretty good and well prepared. Not surprisingly, my teammates are very, very eager to win another title,” said the Fil-German dynamo.

Schrock and Co. commence their quest at 8:30 p.m. on opening night against newcomer Maharlika Manila.

With a virtually intact core, United City enters the six-team hostilities with a big target on their backs from highly determined challengers.

“Generally, I have blinkers left and right.  I just focus on the trophy, on my team, on my preparations and we will (aim to) advance and win the league as in the last three years,” said Schrock.

The veteran midfielder said United City, which entered the PFL bubble in Seda Nuvali last Thursday, is adjusting well to the new normal.

“All happy, healthy and fit. It was hard for them to be mentally fresh but the boys did not lose their motivation and discipline during the (COVID-19) lockdown,” said Schrock, who kept himself in top shape during his six-month stay in Germany, where football opened up in the last three months.

He lauded the PFL and the PFF for working to bring football action back in the country.

“This (bubble tournament) is lighting up local football so credit to the PFF, PFL and the people behind it,” he said.