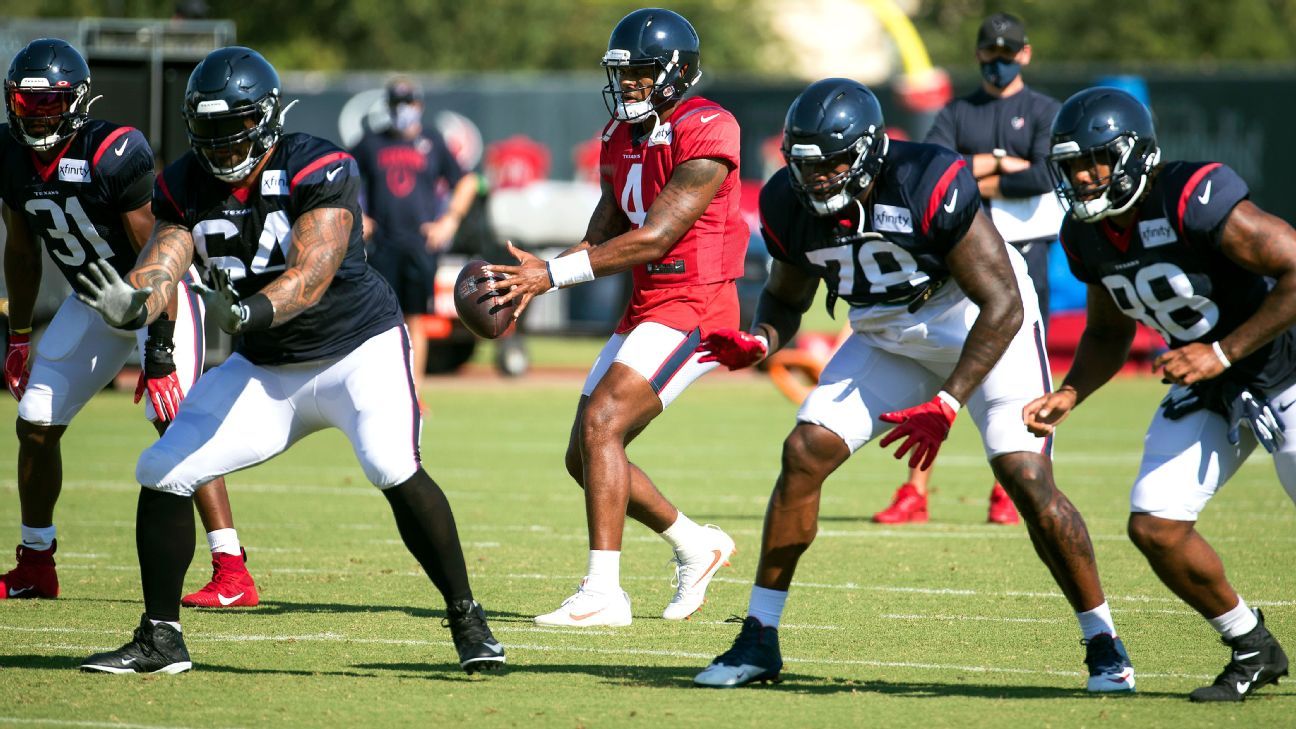 Watson, a minority owner of the cheesesteak franchise Lefty’s, was joined by several teammates, family and friends at the opening. Teammates pictured at the event included Tytus Howard, Duke Johnson, Laremy Tunsil, Roderick Johnson and Brandin Cooks. The Houston Chronicle also reported that Charles Omenihu was in attendance.

According to the NFL’s COVID-19 protocols, “Group Activity Outside of the Club Facility a. Groups of more than three (3) Tier 1, Tier 2, and Tier 3 Individuals, including players, are prohibited from gathering outside of the Club facility or team travel.”

When reached for comment on the event, league spokesperson Brian McCarthy said, “We are aware of the event but will decline further comment.”

On Wednesday, when Watson was asked whether the event was following the NFL’s protocols, Watson said, “yes, for sure.”

“I mean, we had the masks,” Watson said. “We did everything that we were supposed to do. Six feet from different people. It was a restaurant opening. It wasn’t really an event. It was a grand opening of my restaurant. So people were coming in to get food and things like that and everyone was excited about it. So, it turned out pretty good, and right now from the messages I got from after, it’s still popping. So everyone go out to Lefty’s on Kirby, for sure.”

Earlier in the day, Texans interim head coach Romeo Crennel said he was not aware of the players’ presence at the event.

“I did not see that and I mean, I’m not with these guys 24-7,” Crennel said. “When they’re here with us, we wear masks and I encourage them to wear their mask and I was not at that event, so I don’t know what they were doing or why they didn’t have them on or anything like that.”

In Texas, restaurants are allowed to be open up to 75% capacity, but Gov. Greg Abbott’s executive order requires “groups maintain at least 6 feet of distance from other groups at all times, including while waiting to be seated in the restaurant.”