The UFC’s final event of 2020, which takes place Saturday in Las Vegas, was originally supposed to feature one of the scariest unranked welterweights on the planet against an established, veteran opponent. Well, even though the main event did change, the storyline around it remained the same.

The UFC is closing its 2020 schedule with a standout Fight Night card on Saturday. In the main event, former welterweight title challenger Stephen Thompson will take on the rising Geoff Neal, while in the co-main event, Jose Aldo faces Marlon Vera. Also featured on the card: a bout between exciting welterweights Michel Pereira and Khaos Williams, Greg Hardy, Anthony Pettis and Marlon Moraes.

The UFC initially booked 2020 breakout star Khamzat Chimaev against Leon Edwards as this Saturday’s main event, but Edwards had to withdraw due to COVID-19. This new matchup is very similar to the original, however, in that many see Neal as a potential future champion and Thompson as his toughest test to date.

It’s a solid way for the promotion to close out the year, showcasing a welterweight division that could draw a lot of attention in 2021. Champion Kamaru Usman defended his title only once this year, but that number should increase in 2021. Gilbert Burns emerged as a dangerous No. 1 contender, and is expected to get his shot early in 2021. The division has very familiar names at the top in Colby Covington, Jorge Masvidal and Edwards, as well as a class of new talent in Chimaev, Neal and Vicente Luque.

Caught somewhere in the middle, stuck between the top of the division and the up-and-comers looking to build their names, is Thompson, who appears to have plenty of fight left at age 37, but is just 2-3-1 in his last six bouts. That makes Saturday’s five-round main event arguably even more important for Thompson than for Neal, as he’s looking to defend his spot in the rankings. He is No. 9 in the ESPN welterweight top 10.

It’s obviously been a challenging and frustrating year, at times, for the UFC — just like the rest of the world — but this weekend’s (very deep) card will feel like something of a celebration of what the company was able to pull off amid a pandemic. And even though the main event changed, it’s a matchup worthy of 2020’s final spotlight.

10: Knockdowns in the UFC by Thompson, tying him with Tyron Woodley and Vicente Luque for the most among active 170-pounders.

2.25: Knockdowns per 15 minutes for Neal, the highest average among current UFC welterweights. Neal is also the division’s active leader in strikes landed per minute (6.0) and striking differential (2.28 landed for every one absorbed).

6:40: Average fight time in the UFC for Neal, the second shortest among active welterweights, behind only Abdul Razak Alhassan‘s 5 minutes, 45 seconds.

1: UFC welterweights who have more postfight bonuses than Thompson. It’s just Matt Brown, with seven. “Wonderboy” has six — three for performance of the night, two for fight of the night and one for knockout of the night.

5-0: Neal’s record in the Octagon, making him one of only two welterweights to start a UFC career with five straight wins. The other is champion Kamaru Usman, who is 12-0 in the UFC. 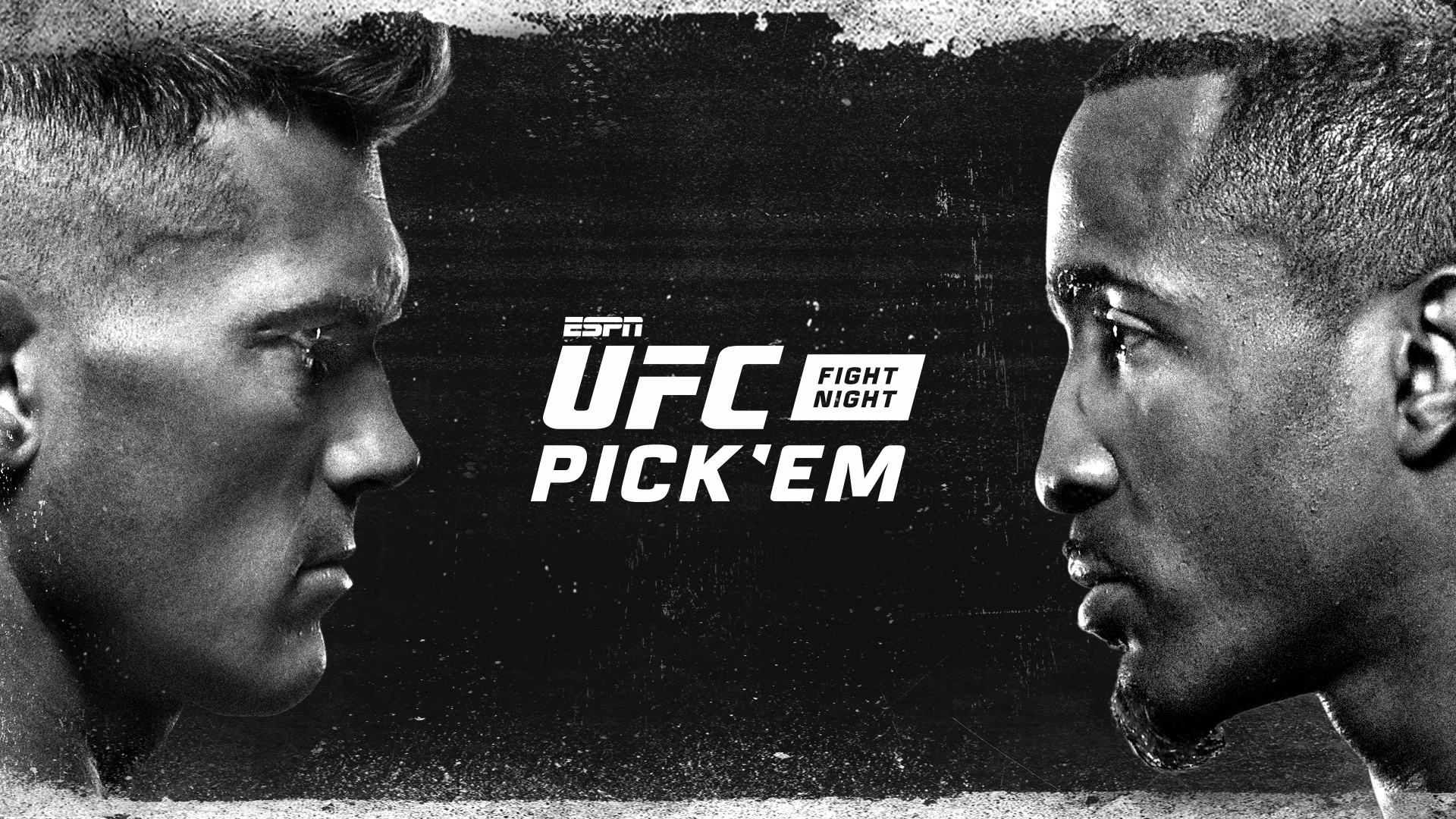 Make your picks and compete for a chance to win UFC 257 for FREE! Make Your Picks

It’s OK to be very high on Geoff Neal and also acknowledge that this particular matchup could be very tough for him. Neal hasn’t fought at all in 2020, in large part due to his health, and this is his first five-round fight in the UFC. And that “five-round” part is coming on relatively short notice. Neal is as dangerous of a knockout artist there is at 170 pounds, but it’s not easy finding Thompson’s chin. He suffered the first knockout loss of his MMA career only last year, to Anthony Pettis, and he’s been in there with the likes of Johny Hendricks, Rory MacDonald, Tyron Woodley, Jorge Masvidal and Darren Till. Thompson knows how to defend himself and he knows how to extend a fight and score points. Honestly, I think this is one of the tougher matchups the UFC could have thrown Neal in this spot, but I’ve been so high on his potential, I can’t pick against him now. Neal by knockout, second round.

Watch the fights on ESPN+. If you don’t have ESPN+, get it here.

1. Marlon Vera enters his co-main event against former featherweight champion Jose Aldo on a six-fight win streak at bantamweight, one shy of the division’s longest active streak, owned by champion Petr Yan. Vera’s finish of Sean O’Malley in August was his eighth in UFC 135-pound competition, tying him with ex-champ TJ Dillashaw for the most in division history.

2. Khaos Williams, who faces flashy welterweight Michel Pereira, can become just the second fighter in UFC history to win three consecutive fights in under a minute — after his two previous UFC bouts ended in 27 and 30 seconds. The only fighter with three such results in a row is Ronda Rousey.

Monday through Friday, host Pablo Torre brings you an inside look at the most interesting stories at ESPN, as told by the top reporters and insiders on the planet. Listen

3. Gillian Robertson looks to extend her win streak to three when she faces 16-1 Taila Santos. Robertson is tied for the most wins in flyweight history with six and is one finish away from tying Rousey and Jessica Andrade for second most among female fighters in UFC history, behind Amanda Nunes (eight).

4. Marcin Tybura opens the main card as a slight underdog to Greg Hardy, who enters on a two-fight win streak. Tybura has won his last three fights and would tie for the longest active win streak at heavyweight with a win. Tybura could also become the sixth heavyweight to go 4-0 in a calendar year.

5. As of Wednesday, no fighter on the main card had 2-to-1 or better odds to win, according to Caesars William Hill. The last main card on which every favorite had less than 2-to-1 odds was at the May 13 event headlined by Anthony Smith vs. Glover Teixeira. The largest main card favorite on this card is Marlon Moraes, at -150 against Rob Font.

6. Three signees from this season of Dana White’s Contender Series will make their UFC debuts on the prelims: Flyweight Jimmy Flick fights Cody Durden, who will be making his second UFC appearance; middleweights Tafon Nchukwi and Jamie Pickett makes their debuts against one another.