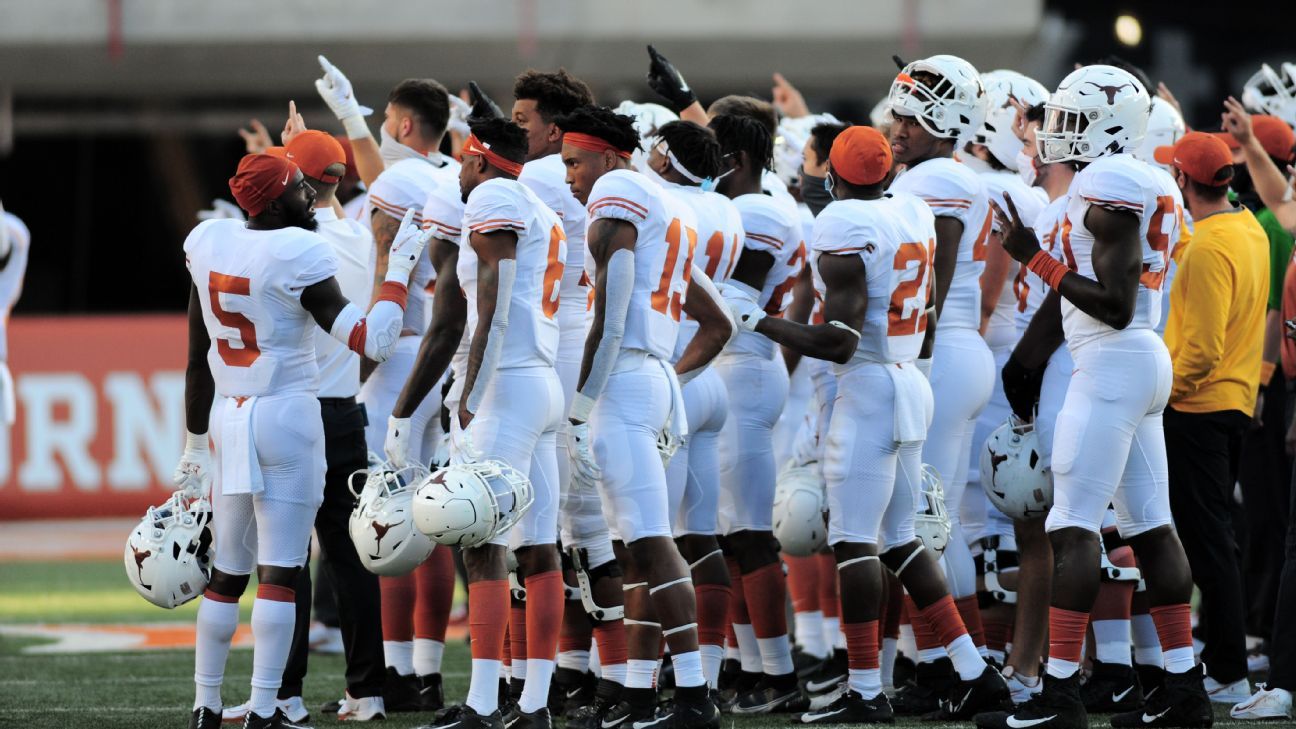 AUSTIN, Texas — There was no school band, but the song still played. And this time, the Texas Longhorns‘ players stayed on the field for “The Eyes of Texas.”

While some sang with the crowd, others stayed quiet. Some put up the traditional “Hook ’em Horns” hand sign, while others in the back kept their arms down.

Regardless of who sang or just stood around after Texas beat Baylor 27-16 on Saturday, Texas school officials got exactly what they wanted: The Longhorns stood on the field together, and it appeared nobody left in protest.

“When it comes to the team, within the team, my honest opinion was it wasn’t an issue,” said defensive lineman and co-captain Ta’Quon Graham. “But hopefully, we can all put this behind us and we can move forward and just focus on ball.”

The postgame ritual had erupted in controversy the past few weeks when most of the team left the field without staying to sing after Texas’ first two home games and again in Dallas after a loss to Oklahoma. The issue had been brewing since the summer, when a group of players objected to the song because of its ties to racist elements in school history.

It even became a problem for the Longhorn Band, which reportedly had too many members refusing to play it this week for the band to have enough musicians to be at the game for the first time this season.

As fan anger brewed, school officials mobilized with public statements supporting the song and a team meeting to urge the players back on the field.

Athletic director Chris Del Conte said there was an “expectation” players at least stand “in unison” for the song to honor the school and fans. School president Jay Hartzell and the board of regents issued statements that “The Eyes of Texas” would remain the school song.

“We made a decision as a team to stand out and sing ‘The Eyes,'” quarterback Sam Ehlinger said after the game. “Moving forward, I would assume that’s what it’s going to be.”