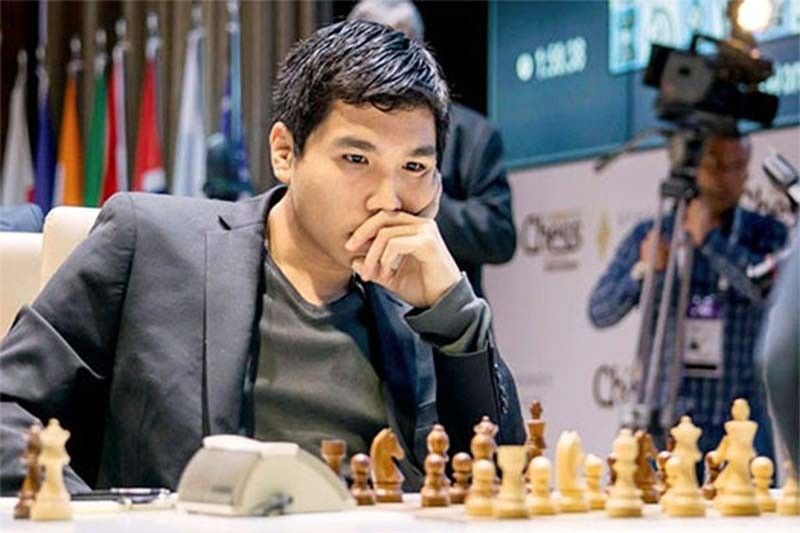 MANILA, Philippines — Philippine-born Wesley So drew with Ray Robson and Hikaru Nakamura in the last two rounds Friday to rule the United States Chess Championship for the second time.

So, 27, split the point with Robson in 30 moves of a Ruy Lopez and the third-seeded Nakamura also in 30 moves of a Nimzo-Indian Defense to reclaim the title he last won three years ago and pocket the top purse worth a whopping US$40,000 (P2 million).

It was a dominating performance for So, a three-time Philippine champion who left the country in 2014 to chase dream, as he finished undefeated with nine points out of a possible 11 on seven wins and four draws.

The stellar effort drew comparisons to that of the late great Bobby Fischer, a former world champion and eight-time winner here who dominated this same annual tournament about half a century ago.

“It means a lot to win here and being compared to one of the greatest chess players,” said So during the post-game interview. “To score nine of 11 is really a big deal, I wasn’t expecting it and I don’t think I could score this again.”

While it was an emphatic performance, it was not without competition as rising star Jeffrey Xiong and Robson gave a serious challenge before eventually fading in the end and finished second and third with 8.5 and 7.5 points, respectively.

Xiong, who turned 20 Friday, had his chances to catch up on So and force a title playoff showdown if he swept his last two games. But he blew his winning chances against Alex Lendermann and drew in the 10th round before beating Alejandro Ramirez in the last.

Xiong, who trained under Filipino and University of Texas-Dallas coach Julio Catalino Sadorra from 2014 to 2015, came on the brink of dislodging So from the top but he failed to cash in on his advantage and lost their game in the ninth round.