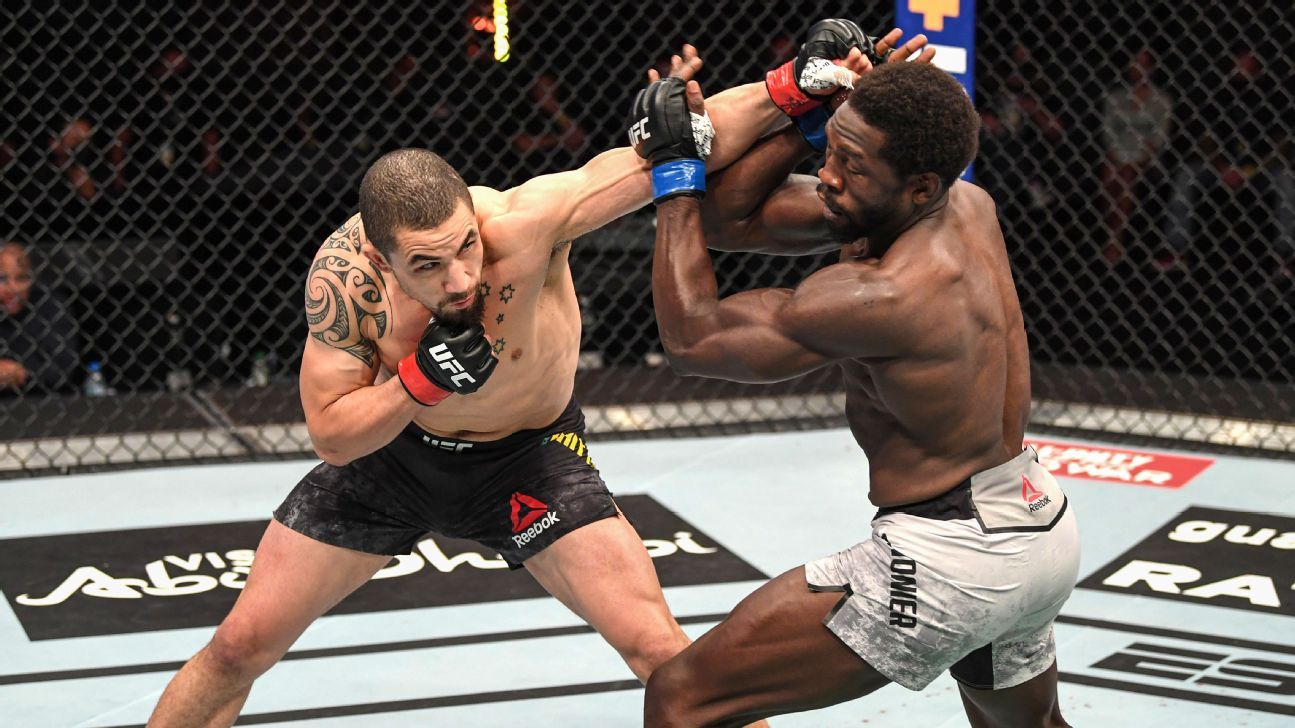 Former UFC middleweight champion Robert Whittaker is right back at the top of the division — some would say, he never left.

Whittaker (22-5) defeated Jared Cannonier (13-5) via unanimous decision in the co-main event of UFC 254 on Saturday in Yas Island, Abu Dhabi. It is Whittaker’s second win in three months, as he out-pointed Darren Till in a close fight back in July in Abu Dhabi. Whittaker is now 2-0 since losing his title to Israel Adesanya in October 2019.

Adesanya (20-0) is still the champion and has already defended the belt twice. The champ had picked Cannonier to win on Saturday and be his next title challenger, but Whittaker spoiled those plans.

“Straight off the back of my last fight, we diligently worked on a game plan [for Cannonier],” Whittaker said. “We know he’s aggressive. Followed [the plan] to a ‘t,’ and got a very classy win.”