OPM troupe Paraluman performs "Bes, I Ever Had" live on Wish 107.5 Bus! In their newest single, the band explores the heartbreaking theme of...
More 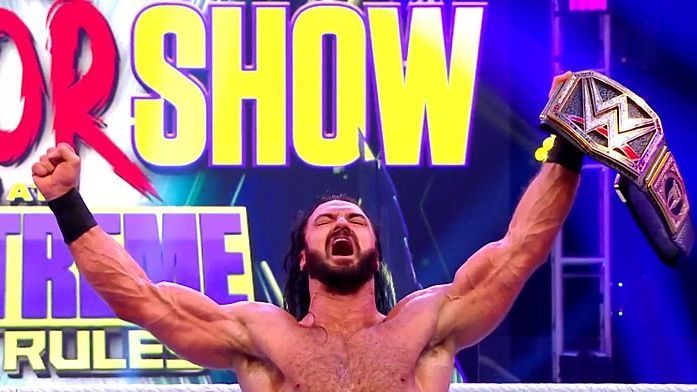 WWE’s final pay-per-view event of the year is TLC: Tables, Ladders and Chairs. Drew McIntyre looks to carry his WWE championship reign into 2021 as he defends in a first-time-ever match against AJ Styles in a TLC format. Kevin Owens gets his first shot at the Universal championship since losing that title three and a half years ago as he challenges Roman Reigns — a match that’s similarly set to be contested under TLC rules.

One of the rarest match types in WWE history makes a return as well, as “The Fiend” Bray Wyatt takes on Randy Orton in a “Firefly” Inferno match. Kane had been involved in all five previous iterations, starting with a 1998 match against The Undertaker. In the first four matches, the winning condition was to set your opponent on fire. In the most recent version, featuring Kane vs. Wyatt at SummerSlam 2013, called a “Ring of Fire” match, it was contested as a standard No DQ match with flames surrounding the ring.

Three title matches round out the card. Nia Jax and Shayna Baszler defend the women’s tag team titles against Asuka and a partner of her choosing, after Lana was taken out of the match on Monday Night Raw. Sasha Banks puts her SmackDown women’s championship on the line for the second time in a week and a half against Carmella. Finally, The New Day defends the Raw tag team titles against The Hurt Business’ Cedric Alexander and Shelton Benjamin.

Follow along throughout the night as Tim Fiorvanti breaks down all of the action at TLC, as it happens.

The Miz cashed in his Money in the Bank contract, but Drew McIntyre fought through both Miz and AJ Styles to retain the WWE championship. Full recap to come.

Any match that brings together six of the best bell-to-bell wrestlers in the world is a good thing, and even though it happened in a preshow eight-man tag team match, it was still fun to watch. It was hard not to imagine a match with real stakes between some combination of Daniel Bryan, Big E, Cesaro, Sami Zayn, Shinsuke Nakamura and Chad Gable, but that’s a discussion for a different day.

The highlight of the match might well have been Gable’s slow, deadlift, roll-through German suplex on Cesaro, but the main driving force of the match was the conflict between Big E and Zayn over the Intercontinental championship. Big E ultimately picked up the pinfall win over Zayn, lining him up for a proper shot at the title in the near future.

What’s next: Outside of the Intercontinental championship match to be, the team of Otis and Gable is picking up some steam. After a rocky, up-and-down year for Otis, something fresh is good news.