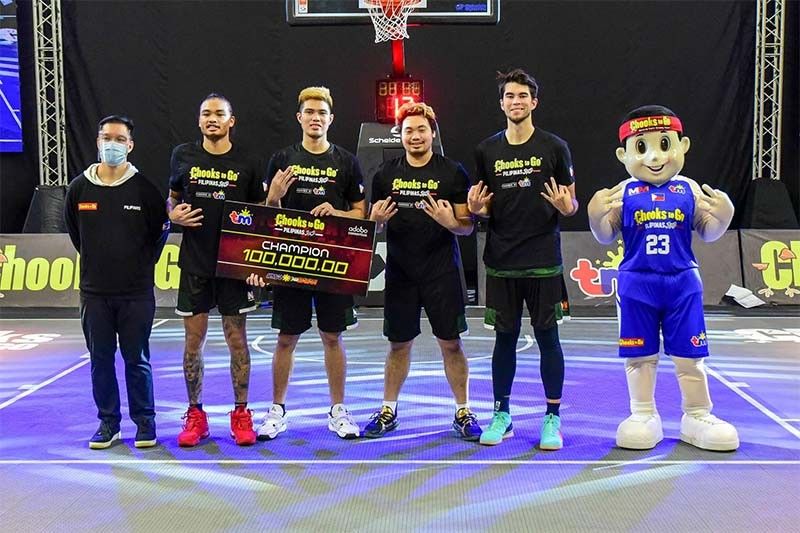 Alvin Pasaol erupted for eight points including a booming two-pointer from the left corner to seal the title duel over a Nueva Ecija squad consisting of Gab Banal, Jai Reyes, Tonino Gonzaga and Maclean Sabelina.

It was the second championship for the heavily favored squad after reigning supreme in the opening leg when it turned back Uling Roasters-Butuan City, 21-17, last Wednesday.
And Pasaol and Munzon, half of the national team seeing action in the Olympic Qualifying Tournament in Austria next year, are in the heart of those feats.

“We need to win here as part of our preparation for the OQT, said the burly Pasaol in Filipino.

But will fatigue set in for Zamboanga City after playing the most games among all 12 participants with 15 including five in last Monday’s pre-season tilt where they suffered its lone loss against Bicol in the group stages?

“We’ll just continue to play as much as we can, that’s what were here for,” said Pasaol.

In the finals, there were some anxious moments after a collision between the fallen Santillan and Banal triggered a shoving and shouting match between Pasaol and Gonzaga, a temporary replacement to an injured Juan Gomez de Liano who was sidelined due to a sprained ankle.

But after involved players were slapped unsportsmanlike and technical fouls, Pasaol and Munzon returned to their business-like ways in delivering the most important plays that finished off Nueva Ecija.

“This is not for the kids. Don’t watch us if you don’t know what 3×3 basketball is all about,” said Pasaol.

And it is expected to hunger for more including the most sought after purse of all — the ultimate prize of P1 million in the grand finale on Friday.

Entering the finals, Zamboanga dispatched pre-season conqueror Bicol, 21-19, in the quarters, and Butuan, 21-18, in the semis.

Nueva Ecija, for its part, relied on a Reyes’ game-winner in escaping past Bicol, 21-19, in the quarters and then routing Pasig-Sta. Lucia Realtors, 21-13, in the semis to set up a title duel with Zamboanga.