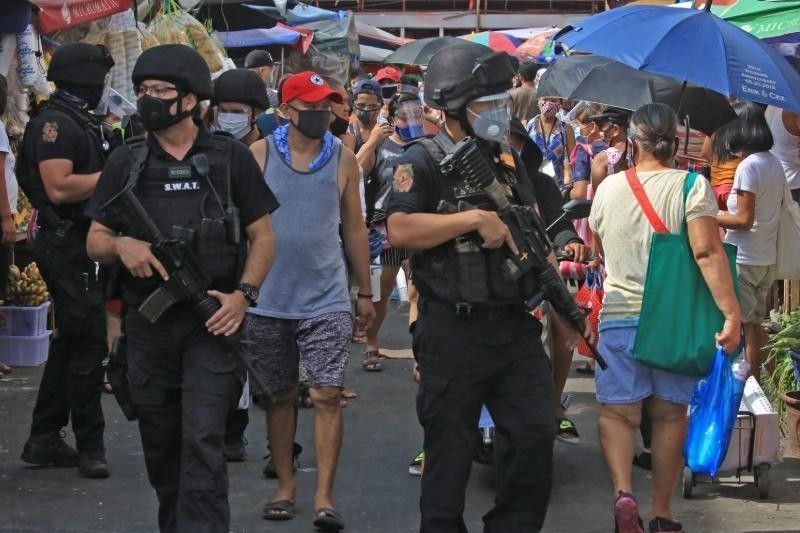 MANILA, Philippines — The total number of COVID-19 cases in the country is now at 365,799 after the Department of Health reported Friday 1,923 new infections, with 91% of them occurring in the last 14 days.

This is the fourth consecutive day that the number of new cases hovered below 2,000.

The health department also reported 132 new fatalities, bringing the death toll due to the new coronavirus to 6,915.

The department also recorded 424 new recoveries, pushing the total number of those who have survived COVID-19 to 312,691.

With the new cases, deaths and recoveries, the total number of active cases now is 46,193.

The agency also said that it removed 12 from the total case count, with eight of them being recovered patients.

It added that 58 cases previously tagged as recovered were actually fatalities.

It also said that 13 laboratories were unable to submit data to the department.

While cases have decreased recently, the country’s testing capacity also dipped, with the total number of tests performed in the past days going below the 30,000-mark the government has targeted to do everyday.

Coronavirus testing slumped to its lowest level in over three months after the Philippine Red Cross stopped accepting tests charged to the Philippine Health Insurance Corp., which owes the humanitarian organization over P930 million in testing fees.

As of October 20, testing have slightly picked up, albeit still below the government targets, at 24,123 people tested.

Back in February, ahead of the deadly virus spiraling into a pandemic, the government flaunted the Philippines’ low case tally as a success, only to be proven wrong later on as more testing centers were established and monitoring was improved.