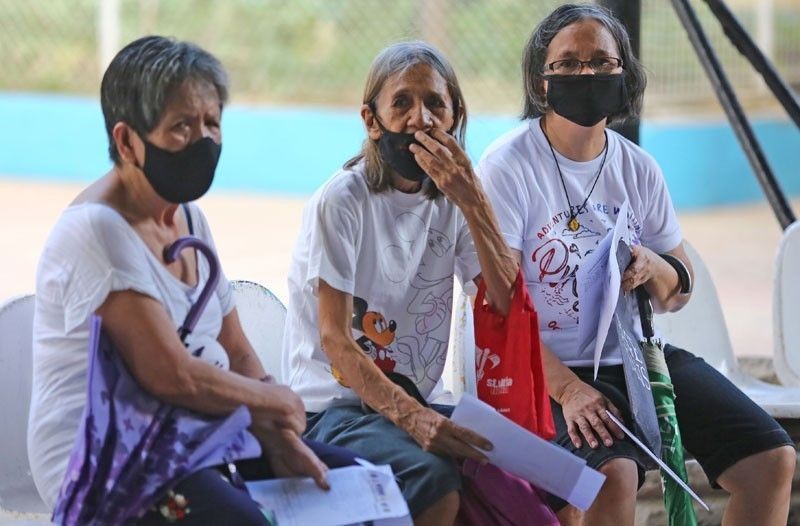 MANILA, Philippines — Senior citizens and persons with disability should be allowed to avail of their discounts and benefits in e-commerce purchases provided guidelines are set out by the government for such transactions, a consumer group said.

In a letter dated Monday, October 26, addressed to Wilma Naviamos of the Department of Social Welfare and Development, consumer advocacy group Laban Konsyumer Inc. said “We are writing your Office to inquire on any implementing guidelines in the availment of the discounts of senior citizens and persons with disability in online transactions.”

Against the backdrop of the coronavirus pandemic and lockdowns that have lasted 230 days, consumers have been largely forced indoors, propelling sales in online shopping platforms like Lazada.

“Most senior citizens and persons with disability above 65 years old purchase food items and other goods online and are not able to claim the discounts granted by law. In most cases, the merchants do not know what and how to grant the discounts,” LKI president Vic Dimagiba, a lawyer, wrote in the letter acquired by Philstar.com.

“The inquiry includes ‘pabili’ services offered by ride hailing services. In our monitoring, pick up and home delivery thru telephone are extended the discounts upon placement of the order and submission of the appropriate identification number of the consumers,” he added.

Dimagiba stressed that “clear and easy, convenient implementation” of discounts for senior citizens would be timely amid the difficulties brought on by the coronavirus-induced lockdown and “the dwindling resources both in the economy and for individual consumers.”

“We were able to set up the guidelines on airline domestic transportation discounts done thru online booking. We know we can develop the guidelines on online transactions by senior citizens and persons with disability for the uniform and standard implementation of the discounts,” Dimagiba said.

“Right now it is important that the spirit of these initiatives is consistent and is carried out for all parties, in order to ease their burden during this tough year, where senior citizens may often feel restricted, depleted, and even powerless,” he added.

Speaking on the PWD Phil Hour radio show on Radyo Pilipinas, PWD Philippines president Arpee Lazaro expressed support for the idea, pointing out the many senior citizens and PWDs disenfranchised amid the coronavirus pandemic and who regularly depend on their discounts to secure their needs.

READ: ‘No consideration’: In pain, PWD with walking ailment forced to personally claim aid at CSWD

“Some online sellers actually sell medication…small businesses don’t know, so I think it’s a very important thing that a copy of this is given to the [National Council for Disability Affairs],” he said in mixed Filipino and English.

“It’s still unclear for our PWDs and senior citizens if their discounts will still be applied online, [but] everybody is buying online…these cashless transactions using your telephone, discounts aren’t processed. Many people don’t know how the giving of discounts works,” he also said.

For her part, Beck Cortez, also of PWD Philippines, pointed out that some senior citizens and PWDs are forced to bring companions with them when they buy goods to make use of their discounts.

Otherwise, she said, some discounts are not honored when other people buy for them and they are not physically present.

In an earlier study published in July, think tank the Philippine Institute for Development Studies found that Many senior citizens struggle with poverty, with, about 890,000, or 13.2%, belonging to families classified by the government as income poor while another 400,000 or around 4.3% of them are recorded as food poor.

According to the country’s 2015 Census of Population and Housing, there are about 7.5 million senior citizens, defined by the country’s laws as persons aged over 60, in the Philippines.

A 2010 census, the last state-sponsored data available on PWDs, also found that there were 1.44 million Filipinos in the country living with a disability, a number accounting for 1.57% of the total population that year.

Cortez also pointed out that any calls for discount guidelines will still go back to the conversation on the proliferation of fake PWD cards and the doubt surrounding the integrity of legitimate PWD IDs.

This comes after a photograph of a family with six PWD cards went viral on social media, sparking outrage, but also doubt towards the card’s processes.

The family continues to assert that their six cards were legitimately acquired.

“This is why guidelines are needed,” Lazaro said.

PWD groups have long been calling for a better system and database to address what the community says is the harassment brought about by prevailing and longstanding doubts in the integrity of PWD cards.

But as early as October 2019, House lawmakers have long been calling for stricter processes behind the issuance of PWD cards. Rep. Eric Yap (ACT-CIS Party-list) went as far as encouraging restaurant owners and employees to take pictures of suspected fakes.

Many PWD groups found this statement unfair, saying it baselessly puts the onus on legitimate persons-with-disability to prove their being disabled despite already being legally recognized as such by virtue of the very card being disputed. PWD Philippines in particular said it would only contribute to the doubt towards the integrity of PWD benefits.

In an earlier Philstar.com story, PWD Philippines sent a proposal to the Palace communications team calling for a privatized and functioning PWD database, saying it would alleviate the doubts surrounding the ID’s integrity.

“Because of the problems with the integrity of the PWD ID, many vendors have become wary of honoring their discounts, all because of a few fake IDs that have come into circulation,” the proposition reads.

“The ID is meant to give PWDs some kind of reprieve from the heavy and punishing rigors of social indifference and ignorance, while also the government’s way of giving them some extra benefit to assist with their already burgeoning medical bills therapy costs,” it also says.