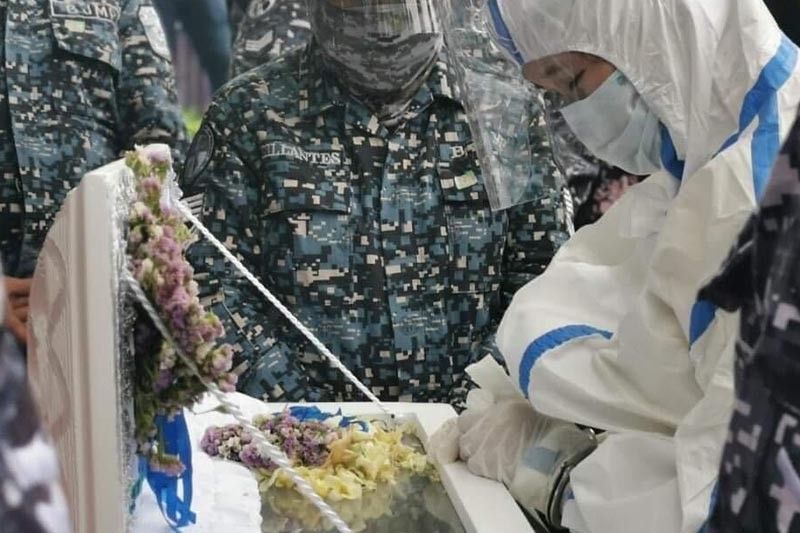 MANILA, Philippines — Malacañang said it will look into the conditions in jail facilities following the death of a three-month-old baby who was separated from her detained mother only a month after she was born.

Presidential spokesman Harry Roque mentioned this after he was asked to comment on the case of Reina Mae Nasino, who was forced to part with her baby, River, after the Manila City Jail Dormitory said that it did not have the facilities needed to nurse newborn babies.

“We dont know the circumstance, again, its difficult to comment on something we have no information on but we will look into the matter. And, of course, we realize, unless convicted, you are presumed innocent and that we will see what reforms can come about because of this experience with this particular incident,” Roque said during a virtual briefing on Thursday.

“I will personally take steps to inquire into this, knowing that there’s some treaty obligations that will probably have to be complied with. As it stands, I do not know Manila City Jail has that facility, in fact, and we will inquire from the DILG because it is the DILG that manages the jail for detainees, those who have not yet been convicted by the courts,” he added.

Roque previously said that the baby’s death is tragic but that “the president cannot do anything, that is within the jurisdiction of our court.” Officials of the Bureau of Jail Management and Penology, an agency of the executive branch, blocked previous attempts by Nasino to be with her baby as well as requests for furlough to attend the wake.

Despite Malacañang’s recognition of Nasino’s right to be presumed innocent until proven guilty, both the wake and the funeral for Baby River were marred by heavy police and guard presence.

Nasino was handcuffed for most of the funeral, unable to even wipe her own tears. Supporters calling for justice for River were instructed by police not to display their placards earlier in the day and the street leading to her final resting place was rife with tension. Advocacy group Kapatid said police “hijacked” the procession, as the vehicle carrying baby river’s remains sped ahead of her family, forcing them to give chase.

Journalists and concerned citizens watched all this unfold last week, pointing out that even convicted criminals have received more compassionate furloughs than Nasino.

However, the Department of the Interior and Local Government claimed that the presence of at least 20 police officers outside the funeral home was justifiable, as it was “anticipative” of a crowd and the need to enforce social distancing.

DILG Undersecretary Epimaco Densing III, during a Laging Handa briefing, said that since the situation involves a major public issue, “we needed to augment a little our regular security given on such situations.”

According to Kapatid, another set of police officers, more than 20 in number, were stationed outside the Manila North Cemetery. Jail Chief Inspector Xavier Solda, spokesperson for the Bureau of Jail Management and Penology, confirmed that 43 guards and cops were deployed for the funeral.  — with reports from Kristine Joy Patag