As 2020 comes to a close, the COVID-19 vaccine is ushering in a renewed sense of hope. On Monday, Dec. 21, President-Elect Joe Biden received...
More 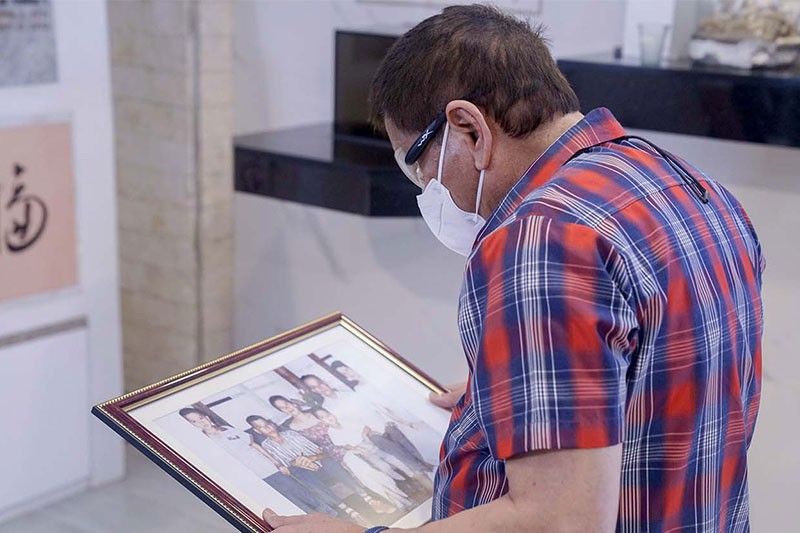 MANILA, Philippines — What is considered as the world’s strongest storm this 2020 has hit the Philippines, and with it has also left citizens asking where the country’s leader is amid the ongoing crisis.

Then Super Typhoon Rolly (international name Goni) made two landfalls in Catanduanes and Albay on Sunday morning, with its strength of 225 kph peak winds and gust of up to 310 kph.

Cabinet secretaries and disaster management officials had held a briefing at 10 a.m., hours after Rolly’s landfalls, where President Rodrigo Duterte was noticeably nowhere to be seen.

By the evening of October 31, social media users especially on Twitter had been asking where the President is, along with the hashtag “#NasaanAngPangulo” a trending conversation on the platform.

Sought for comment, his spokesman Harry Roque said Duterte is apparently in Davao, where he is said to be monitoring the situation.

(He is set to return to Manila by Tuesday but he is monitoring and he ordered for us to conduct this press briefing.)

When pressed on why Duterte did not preside over the briefing, Roque said the president could not make it back to Manila due to the weather condition.

In the past, however, the Philippine leader has been able to hold his weekly public address on the coronavirus crisis from his hometown, with other officials who could not fly then to the province joining him via teleconference. Roque added that while Duterte is possible to make an address, he could not say exactly when.

The president, in one public address back in August, had also remarked that a leader is someone who “would always stay where the crisis is.”

“You shouldn’t wander off if the country is facing a problem,” Duterte said in Filipino.

The said Twitter hashtag continues to be a trending topic, generating over 30,000 tweets along with other conversations related to Typhoon Rolly, which is now off the coast of Camarines Sur.

In the same briefing, officials said some 96,543 families or 346,993 individuals are estimated to have been evacuated due to the typhoon.

Twelve regions across the country, including Metro Manila where Signal No. 4 was raised, were also identified as the most affected areas.

Disaster officials had said that over 19 million to 31 million could be possibly affected by Rolly. And with a new tropical storm named “Siony” (international name Atsani) entering the country with Rolly still inside, it seems as if the worst could be far from over.

Typhoon Rolly continues to move towards the Batangas-Cavite area. It is expected to be around 70 km south of Metro Manila between 5 p.m. and 7 p.m.

Rolly is forecast to exit mainland Luzon and emerge over the West Philippine Sea Sunday night.

At 4 p.m., the tropical cyclone was located 50 km south southwest of Tayabas, Quezon, bearing maximum winds of 165 kph and gustiness of 230 kph. It is moving westward at 25 kph.

The province of Cavite has been placed under a state of calamity following the onslaught of Typhoon Rolly.

State weather bureau PAGASA says the center of the typhoon will continue to move over the Marinduque-Central Quezon area Sunday afternoon and towards Batangas-Cavite area late Sunday afternoon through evening.

At 1 p.m., Rolly was located over the coastal waters of Mulanay, Quezon with maximum winds of 175 kph and gusts of 240 kph. It is moving westward at 25 kph.

As of 12 p.m. on Sunday, the Philippine Coast Guard has recorded a total of 1,960 passengers, truck drivers, and cargo helpers; 83 vessels; 119 motorbancas; and 846 rolling cargoes in Bicol, Southern Tagalog, NCR, and Eastern Visayas due to Typhoon Rolly.

A total of 196 vessels and 45 motorbancas are also taking shelter as a precaution against the onslaught of the tropical cyclone.

“The PCG Command Center is on 24/7 monitoring to strictly implement guidelines on the movement of vessels during heavy weather,” the coast guard says.

Rolly has weakened into a typhoon as it moves towards the Marinduque-Southern Quezon area. It will then pass over the Batangas-Cavite area late Sunday afternoon through evening.

At 10 a.m., Rolly was located over the coastal waters of Pasacao, Camarines Sur or 30 km west Southwest of Pili, Camarines Sur with maximum sustained winds of 215 kph near the center and gustiness of up to 295 kph.

“‘Rolly’ is forecast to exit the mainland Luzon landmass and emerge over the Philippine Sea between tonight and tomorrow early morning,’ state weather bureau PAGASA says.