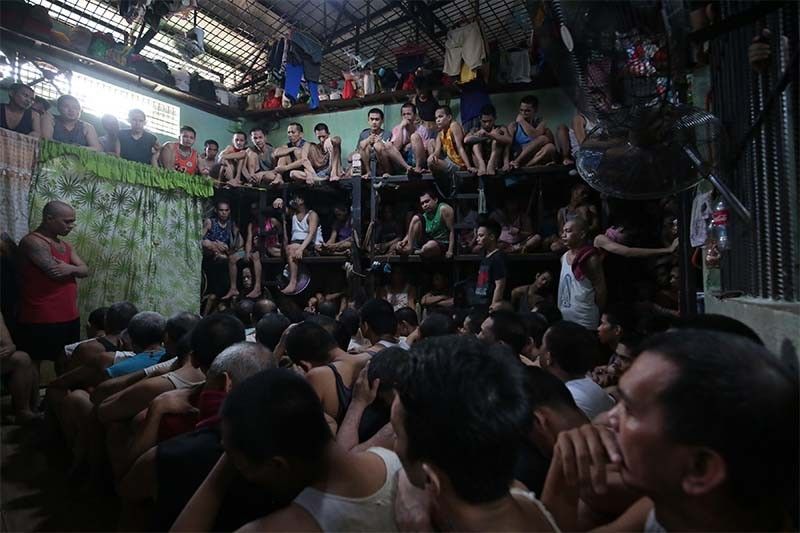 MANILA, Philippines — The Supreme Court has released more than 80,000 inmates since March 16, in a bid to decongest the overcrowded jails in the country in this time of pandemic.

Chief Justice Diosdado Peralta on Friday said in a virtual press conference that 81,888 persons deprived of liberty (PDL) were released from March 17 to October 16.

Of the releases, 46,032 were done through videoconference, which the SC ramped up when strict health and safety protocol was enforced.

There are 19,173 PDLs who were released through bail/recognizance; 2,980 who have already served minimum imposable penalty recognizance and 8,669 released on probation or fine.

Peralta also said that 4,575 were released after their cases were dismissed; 1,556 were acquitted; 3,905 have already served minimum penalty and 5,175 served maximum penalty.

Poor conditions and overcrowding have plagued Philippine jail and prisons long before the coronavirus pandemic. But the outbreak of the highly-transmissible disease in densely populated areas with lack of proper hygiene facilities — such as detention cells and prisons — pushed the DOJ and SC to craft guidelines to decongest them.

Since the pandemic, the SC has been releasing circulars to help decongest jails, such as allowing electronic filing of charge sheets and transmission of release orders, reiteration of guidelines on release of qualified PDLs through self-recognizance and provisional dismissal, pilot testing of videoconference of urgent trials and issuing new guidelines on the reduced bail and recognizance as modes for releasing of indigent PDLs.

Advocacy group Kapatid’s spokesperson Fides Lim previously noted that not one of the PDLs released is a political prisoner. Lim, one of the petitioners who sought release of sickly PDLs amid the pandemic, called on the Peralta court to be an “active, humane court.”

Even with the releases based on SC circulars, arrests in the time of pandemic have not stopped, with President Rodrigo Duterte, in July, even giving orders to arrest those not wearing masks to “give [them] a lesson for all time.”

Government data showed that as of October 21 or 219 days since community quarantine was implemented, there are still 1,728 Filipinos detained for quarantine violations.

Peralta said he will coordinate with the Justice Sector Coordinating Council to look into the matter. The Council includes the SC and the Departments of Justice and the Interior and Local Government.

“We will try to determine the reasons,” Peralta said.

The chief justice also stressed that law enforcers are required by to bring an arrested person without a warrant to judicial authorities at the most in 36 hours.

Peralta said they will determine the reasons why more than 1,000 still remain behind bars.

“So I’m now telling the Court Administrator [Midas Marquez] who’s present here that if the cases are filed there, at nandiyan pa, or bailable, and can be released on their own recognizance, they have to do something,” he said.

“I don’t like that, for every day of imprisonment, ano yun eh, masama yan eh,” he added.