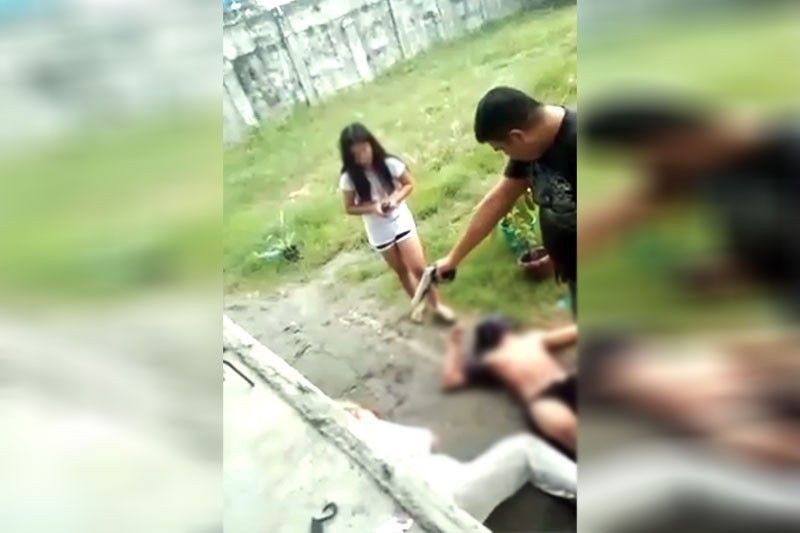 MANILA, Philippines — The human rights commission on Tuesday hit the Philippine National Police’s non-cooperation in its investigations involving erring cops following the killing of two civilians by a policeman in Tarlac that left the nation in shock and in outrage.

SMSgt. Jonel Nuezca had been charged on two counts of murder after he shot dead his neighbors Sonya Gregorio and her son Frank Anthony over the weekend after figuring in a heated argument.

A video of the incident has since gone viral on social media, and the PNP along with the Duterte administration is facing mounting pressure to roll out reforms after the string of documented cases of police brutality in this year alone.

Speaking to ANC’s “Matters of Fact,” a senior official of the CHR said the police force would not share information to them when there are deaths in law enforcement operations, including in cases of vigilante killings.

“They have not been cooperating with us recently,” said commissioner Karen Dumpit. “The non-cooperation is always a signal that they’re not really open to engage and show or demonstrate that they are trying to respond to the situation properly.”

The PNP has the Internal Affairs Service to investigate cases of erring personnel within its ranks, but controversy after controversy has led to calls to separate it from the police force and make it independent from influence of those in the higher ups.

In Congress, there is a measure proposed for the said move, but it remains pending in the committee level more than a year since it was filed in the lower chamber.

Dumpit added that the police should also make its reports public to show that they are reliable.

Lawmakers from both chambers have also sought for a probe to identify gaps in law enforcement, as they sound the alarm over series of killings in the last six months.

Administration officials have scrambled to paint the Paniqui murders as an isolated incident, as critics point out that it is President Rodrigo Duterte’s words that encouraged police misconduct.

But Dumpit rejected this claim, as she said certain practices including the language used within the PNP enables behaviors such as that of Nuezca.

“It’s not really an isolated case. If you take a look at the language, at the applause that comes after each and every killing, and we’re not just talking about this case, there have been many in the past,” she said.

In his weekly public address on Monday, the president hurled invectives against Nuezca and described him as mentally ill.

Duterte’s remarks significantly differed from how he has repeatedly backed cops involved in killings, particularly in his anti-drug war that has seen thousands killed.

In June, a report by the United Nations Human Rights Office detailed how such rhetoric incited violence and “may have had the effect of encouraging, backing or even ordering human rights violations, with impunity.”

The president has also repeatedly said that he does not care about human rights, and in the months during the hard coronavirus lockdown, told cops to shoot dead quarantine violators.

Dumpit, a member of the human rights body that has faced criticism from Duterte himself, said changing the language could be the easiest thing to do to start changes within the PNP.

“Utterances may be construed as an order and if it comes from the highest authority,” she said. “Any word that you utter will be taken as a serious matter or by the subordinates as something that is quite serious.”

“You cannot just pick and choose what the president says and say this is a joke [or] this was done in levity and this one is really a serious order.”

Facing his last two years in office, Duterte has vowed that his anti-drug war will remain relentless. His jabs at human rights advocates have also continued, as seen in his addresses.

It thus remains unclear if such changes would be carried out, as even the PNP said there are no expected reforms to be carried out after the gruesome murders.

Change has come, and the Biden Administration has hit the ground running. Trump, on the other hand, hasn't even been seen since the...
Read more
Hollywood