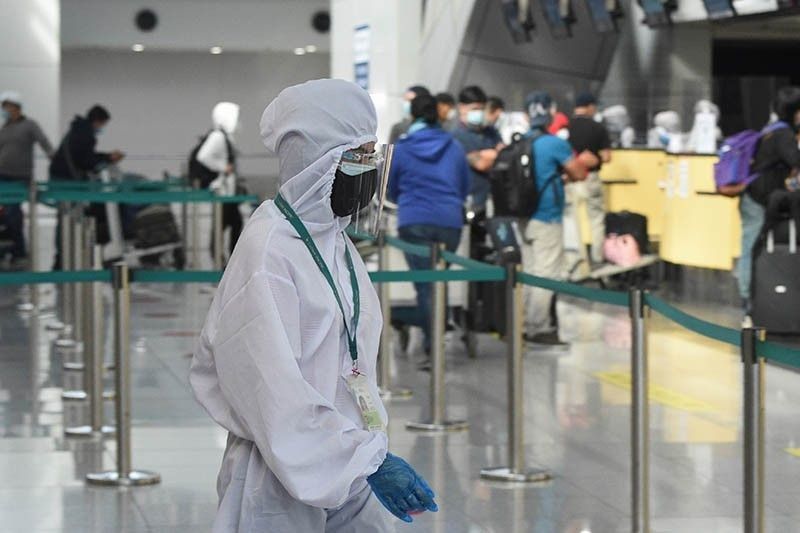 MANILA, Philippines — The close contacts of the man who tested positive for the new coronavirus variant, believed to be more contagious, had been traced and isolated, the Quezon City government said.

The Department of Health confirmed on Wednesday the country’s first confirmed case of the COVID-19 variant that was first seen in the United Kingdom: a 29-year-old man who returned from the United Arab Emirates.

The man, a resident of Quezon City, left for Dubai on December 27 and arrived back in Manila on January 7 through Emirates flight EK 332.

His female companion tested negative for COVID-19 upon arrival but is currently under strict quarantine and monitoring. DOH said the two had no exposure to a confirmed case prior to their departure to Dubai nor had any travel activities outside Quezon City.

Contact tracing of the resident’s close contacts upon his arrival such as the health workers at the isolation facility where he was brought and the Barangay Health Emergency Response Team that brought him there was conducted, the city government said

The resident’s immediate household contacts were also brought to an isolation facility where they were tested.

It added the City Epidemiology and Surveillance Unit (CESU) is waiting for the list of passengers who were on the same flight as the patient to trace passengers who may be from Quezon City. The DOH said it had obtained the flight manifest and contact tracing of other passengers is now underway.

There will be a heightened surveillance in the community of the resident to determine the presence of clustered case.

“We have to remain cautious and vigilant to avert the spread of this new variant. What is important is we take care of the resident and make sure we don’t sow panic in the community,” Mayor Joy Belmonte said.

The Quezon City government, in coordination with the Department of Health, is closely monitoring the case of a resident…

Mode of transmission still the same

The DOH stressed that the transmission of the virus that causes COVID-19 remains the same. The transmission can occur through direct, indirect or close contact with infected people through saliva and respiratory secretions or their respiratory droplets, which are expelled when an infected person coughs, sneezes, talks or sings.

“This means that the minimum public health standards remain to be the effective measure against the spread of the disease,” it said.

According to the preliminary findings of the Center for Mathematical Modeling of Infectious Diseases at the London School of Hygiene and Tropical Medicine, there is no evidence that the variant is more deadly than others. But researchers estimated it is 56% more contagious.

Officials and experts have been urging the public not to let their guard down as the new variant, if it becomes the most prevalent variant in the country, could lead to spike in cases and overwhelm the country’s healthcare system anew. — Gaea Katreena Cabico